'What Happened to Cherono Before Police Arrived?' Kenyans Unsettled as the Case Take Another Twist

By Political-Briefs (self media writer) | 1 year ago 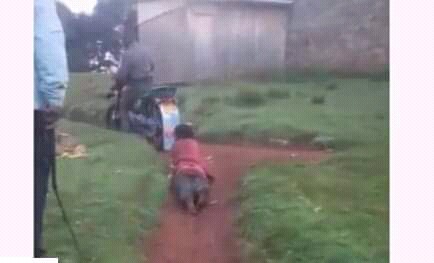 Controversies have taken shape following the bizarre happening that was witnessed by the public when Police officers were alleged to have tortured a 21-year-old Mercy Cherono.

According to the Standard Newspaper on Friday, June 12, 2020 Police Officers in Kuresoi South in Nakuru County denied earlier allegations of dehumanizing Cherono.

Netizens shared a video clip of a lady alleged to be Cherono tied to a moving motorbike and being dragged by a suspected police officer. 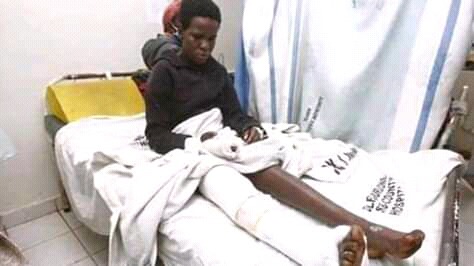 Angry Kenyans called for the law to take immediate effect on the police officer who was riding the motorbike.

“Police should go back to school and receive education n how to live with humans who does such ungodly act?”Dancan Kipchumba said.

“These rogue police are making Kenyans pay for their disappointment with government, Uhuru should pay his people,”Sophies posted.

“Kenyans should get used to police brutality. It is here to stay, and nothing will be done,” Alexis posted. 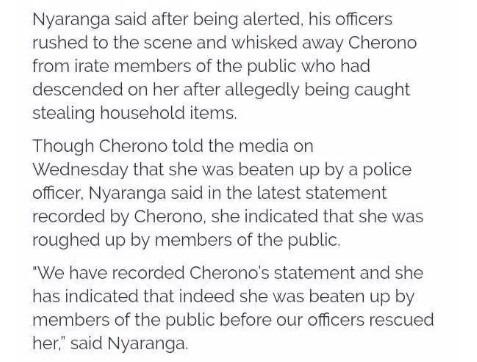 Cherono was accused of breaking into a police officers` house and stole some assets leading to what was filmed to the short video that took social media`s attention.

Police officer Henry Nyaranga dismissed the claims that they had tortured the lady. The officer said the victim was saved from irate members of the public who were after lynching her.

Nyaranga while speaking to the Standard Newspaper affirmed that the lady in question recorded a statement admitting that she was saved by police officers from irate persons after her. 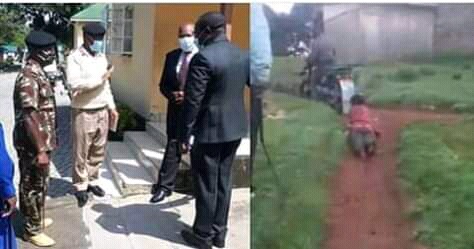 On Wednesday, June 10, 2020 the victim while in hospital disclosed that the police brutalized her in public leading to the public intervention.

Kenyans, however, dismissed the allegations of Nyaranga stating that Police have been reported brutalizing people in the country since curfew was declared active.

“So he wants to say what we saw in that video is not what we saw, he should not fool us,”Carren posted.

“Did the police pay Cherono to say otherwise? I can imagine so,” Elvis posted.