The Director of Public Prosecution Noordin Haji has responded to a piece aired on Monday night by NTV exposing DJ Evolve's condition 6 months after being shot in the neck by Embakasi East MP Babu Owino.

Due to public interest following the piece, the Office of the DPP asked the Judiciary to fast track the date of allocation for the hearing of the case of the shooting.

The feature sparked reactions from the public with many expressing their disappointment in how Evolve has been suffering while the MP is still roaming free. 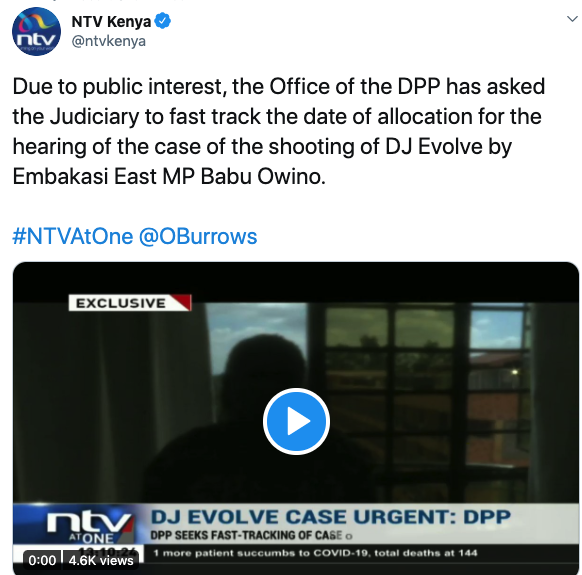 In the feature covered by NTV journalist Dan Mwangi, DJ Evolve is seen struggling to speak as the neck gunshot, which hit a part of his spine, affected his voice.

The DJ is also seemingly paralysed and can't move a large part of his body, forcing him to be confined in bed, depending on others to do everything for him.

Despite the Embakasi MP paying Ksh7 Million, which is part of his pending bill, the mother divulged that Babu had never reached out to her over the incident.

According to Evolve, his life had completely changed and is now recovering under home-based cared waiting and holding on to hope that he will once go back to his deejay work.

Babu is accused of arrogantly, and without any care, shooting DJ Evolve in the neck after they disagreed on something which was never brought to light on January 17. 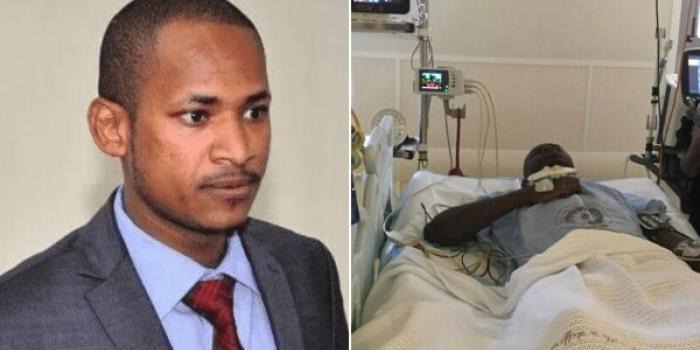 The MP, who was drunk, had entered the popular B Club with his gun, an action that was highly condemned.

Many of those who have been commenting about the topic are now calling for justice for the DJ as the MP continues to run his life normally, to a point of even claiming to be the future of Kenya.