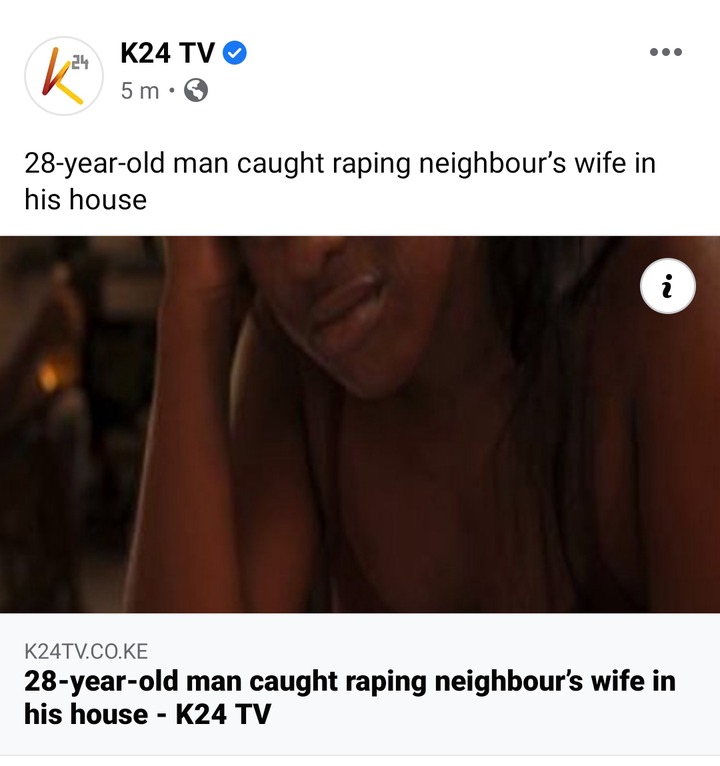 A 28 year old man from kisii County was caught in the art raping his neighbor's wife in his house in a river surprising and shocking incidence.

The residents of the Kegogi Village in Marani, Kitutu Chache North Constituency were forced to torch his house after he managed to ran away to an undisclosed location when they came to rescue the woman.

Neighbours said they heard the woman screaming, and when they rushed to Orina’s (the suspect) house where they found the mother-of-five being sexually abused by the suspect.

Orina's neighbours disclosed that it is the second time that the suspect is being caught in the act and hence have vowed to ensure justice is served when he resurfaces.

“Sometime back, he was caught having sexual intercourse with a neighbour’s goat. We forgave him after he vowed never to commit any other form of sexual offence,” said the suspect’s neighbour. 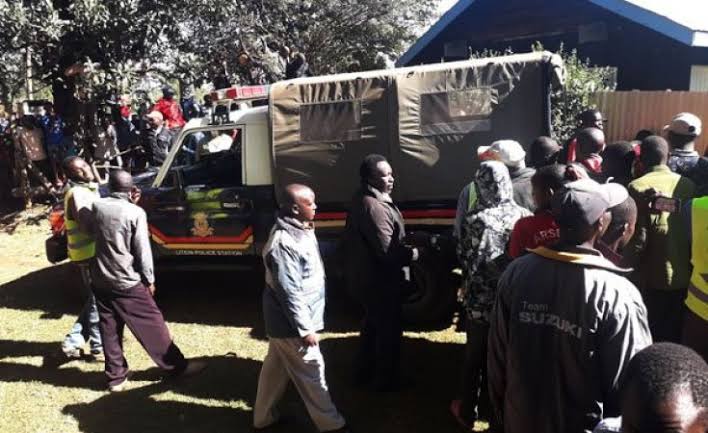 The irate residents said they decided to set the suspect’s house on fire so as to drive him out of the community for good.

Police have indicated that they are doing everything possible to ensure that the suspect is apprehended and prosecuted for his heinous acts.

The victim of the rape incidence is recuperating at the Kisii Teaching and Referral hospital after having sustained injuries including her teeth which had been knocked out by the suspect.

"First , whose house ?? Nkt in fact police should move with speed to arrest that woman cz she was the one who went to rape the man...."@Adams 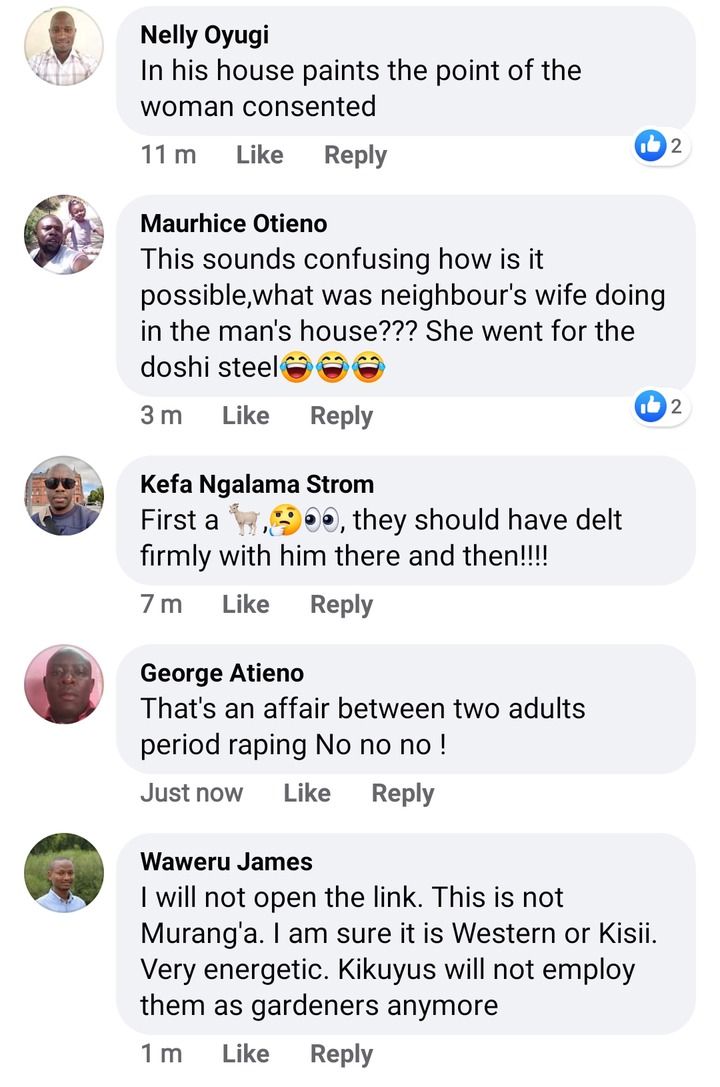