By Kerutwambogayao (self media writer) | 1 year ago

The police in Nyamira county have rearrested a woman who escaped from police cells after being found in possession of the illegal brew,changaa. 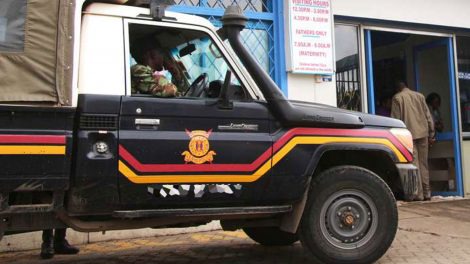 The woman was arrested last month at Magwagwa village. She was selling the illegal brew, changaa to the villagers. The police held a crackdown for the brew and arrested her after destroying many litres of the forbidden changaa.The litres of changaa were buried underground before the police and the community policing groups discoverd them.That was one month ago, when she was taken to Ekerenyo police station cells to record statement. was when she was there,the police reported,she escaped after tricking the soldier who was on sentry.'She told me that she was feeling too cold in the cells and wanted to basic in the sun,then I permitted her,'informed the officer who did not want to be named for security reasons. But the woman dodged the officer and escaped from the police compound.

Since that time,the police have been looking for the escapee. Acting on tips from the public,they found the suspect at Geita village in the county.She was hosted by her brother who was identified as Evans Nyamwaro.The police arrested both of them.

Nyamira police boss Patrick Ngeiywa confirmed the arrest. He identified the woman as Joyce Nyamwaro, of Magwagwa village in Nyamira county.He thanked the public for volunteering information that led to the rearresting of the illegal brewerer."The public was very cooperative and I thank them."Said he.

Mr.Ngeiywa said the two suspects will appear in court soon after the investigations are over. He warned the law perpetrators by telling them that the hands of the government were alert against any crime.

Areas to Experience Black Out As KPLC Shares List

Message From KPLC For 2nd October 2022

Signs That May Indicate You Are HIV Positive

Kplc Night Message To All Kenyans