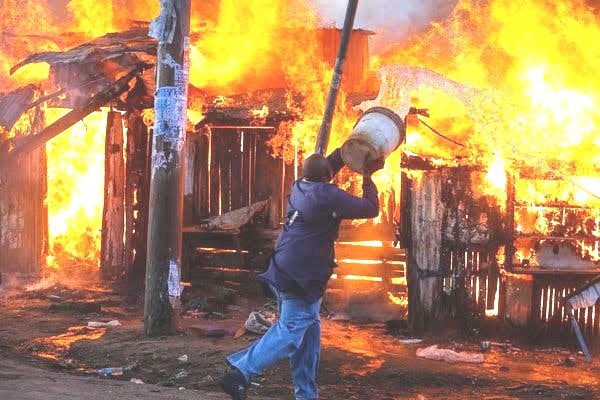 Today early in the morning, residents of Mlolongo in Machakos County woke up to a rude shock after a part of the market was razed down by a fire.

Reports earlier indicated that the cause of the Inferno was yet to be established, however famous Journalist Billy Miya has taken to social media alleging the person and the reason the market was burnt down.

According to Miya, a deranged man was the one who set the whole place on fire after a misunderstanding with some prosttitutes.

It has been revealed that the said man was partying with the ladies in the area flushing a huge amount of money.

The twilight girls planned to rob him dry, when he woke up from one of the brothels it has been reported he was angered after all his money was stolen.

Without having a second thought on the impact, the deranged man bought petrol and razed down houses before escaping. 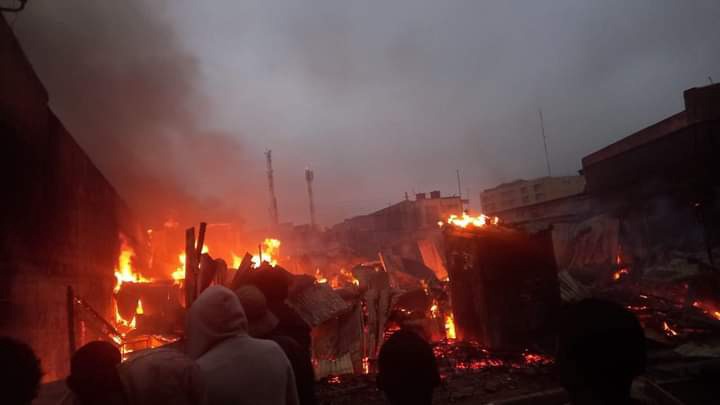 Madharau street in Mlolongo brothels was brought down in an early inferno allegedly by a client who was on a drinking and s£x spree with the girls. who allegedly robbed him of the hard cash that he was displaying around. He reportedly opted for petrol and set everything ablaze. Habari ndiyo hiyo.

A huge number of Kenyans have lashed the man for such an immature decision that has left several bankrupt.

Amazingly, a number of Kenyans celebrated saying he did a good job burning these brothels to prevent men from visiting them regularly.

Police officers are currently hunting him down and if nabbed he will answer on arson charges, intent to cause harm, and destruction of personal property. 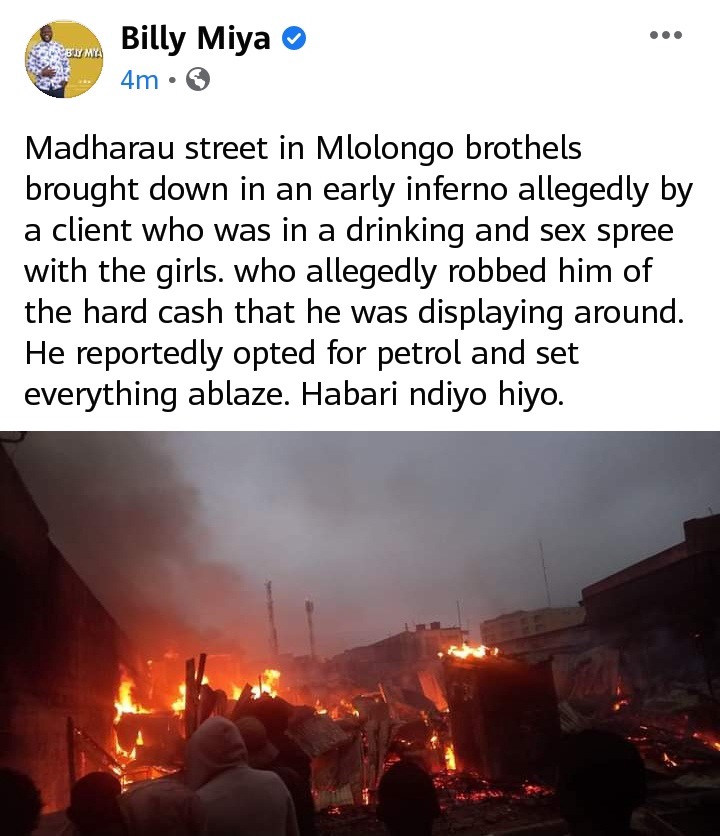