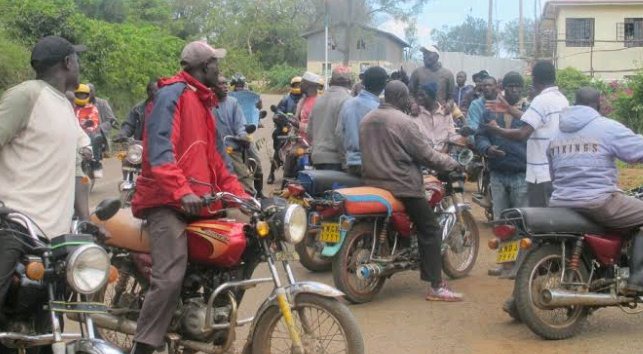 Residents of Kakoye and Mukhonja village in Kakamega North were treated to a free drama as a man belived to be gay was caught taking another fellow man for a sleepover. The Man identified as Eregi was riding a motorcycle on high speed and that's when the residents suspected that maybe he was a thief and they decided to chase after him. A number of Boda Boda operators descended on him plus his date who all that time covered his face with a piece of clothing.

They were forced to reveal Their identity and that is when people discovered that they were gay. Luckily enough, the mother of the other man who was covering his face and has been identified as Dan Makoha arrived at the scene and begged the crowd to spare them. She revealed that Eregi was the man to be arrested since he was spoiling her son(Dan) and had bought him a phone. The two were stripped naked and canned and were later surrenders to the area chief who has taken them to the police station. They are waiting to be arraigned in court because gsyism is Rukawa in the Kenyan constitution. 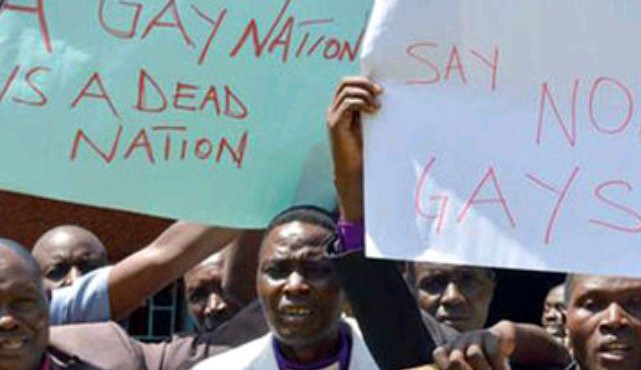 After Jalang'o, Another Media Personality Quits Radio Job For Politics