By Chesiro (self media writer) | 1 year ago 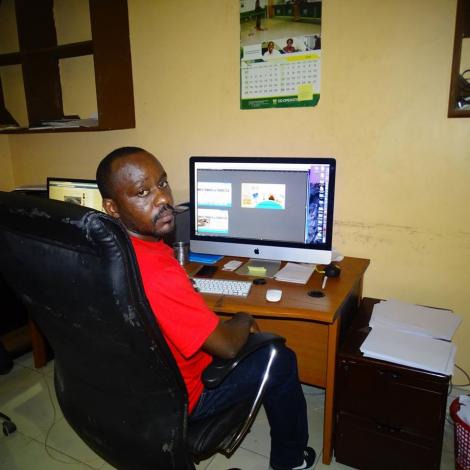 Kenyans yesterday came to aid of a man who was about to commit Suicide or even do a worse thing. The man called Michael Kihumba who is a graphic designer is said to have sank into debt and so he thought death would be the best option.

The graphic designer shared his suicidal message on Facebook yesterday morning where by he wrote that, "I have borrowed so much that I am tired. I am sorry about that. Help my children if you can. I'm sorry Dama, Ray, Max in UG and Mwas of Ridge House. I am in Ngara. I am ready to go to jail or die tonight. Nimmoe call me. " 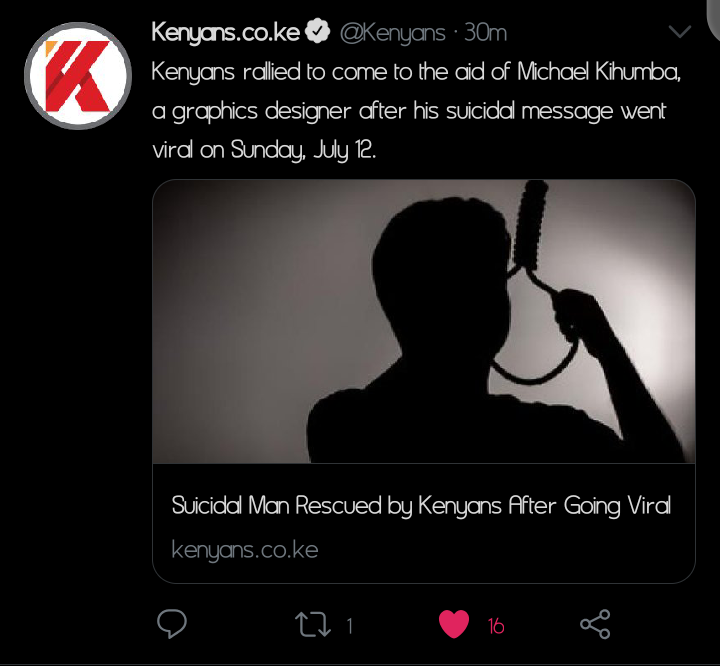 This information spiked reactions on Facebook with Kenyans worried what If the man went ahead to commit Suicide. The man also went ahead to request Kenyans to take care of his children. All he wanted was his children taken care of and nothing else. Kenyans were quick to respond to his post with those who know him sharing his number so that those close to him can reach to him.

Many Kenyans called him but his phone was off which even spiked alot of fear among Kenyans. A group of Kenyans went to Ngara to look for him but their search was unfruitful since they did not found him. Later on a woman found him and even learned that the man had been rendered homeless after loosing his job.

The caring woman went ahead to talk to him and advised him big to commit Suicide and in no time the man had cooled down. She later allowed him to stay in his apartment as he still looks for another job. The woman called on any Kenyan who have any job opportunity related to graphic designs to offer him so that the man can pick up himself.

What's your comment on the manner Kenyans reacted faster to prevent the man from commiting suicide?