By Jarongo (self media writer) | 1 year ago 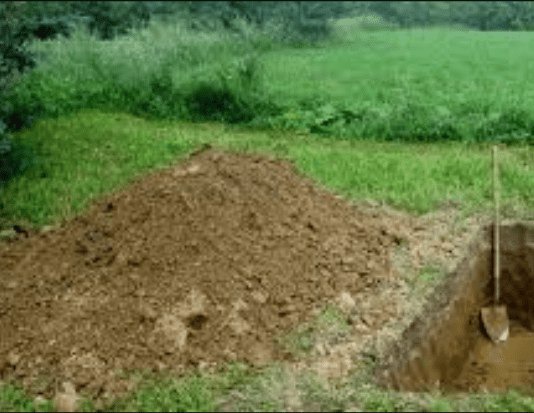 The woman claims they she was threatened by the husband on unclear reasons. According to the neighbors, the woman conceived out of wedlock. This is said might have led to the conflicts between the two.

The husband, according to information weeks in Kisumu, he has not been at home fur close to one year, the news of his wife pregnant did not bring any smiles to him knowing he was not responsible and warned her of unknown consequences.

The husband accused the wife of breaking marriage rules, saying he could not understand the puzzle behind the pregnancy as he had not been intimate with her fur close to two years.

The story took another turn on Monday evening, when the woman delivered. She strangled the newborn either a cloth then buried her in a cassava plantation, few distances from her house.

Her brother-in-law, who became suspicious gave the information to their grandmother of the incident. After a long interrogation, she confessed to have buried the baby, and took the grandmother and other family members to the site she buried the baby.

The family was forced to exhume the baby, and bury it again near the house according to Luo culture. She then tried to escape with her other three children in fear of being arrested.

On realization that the law enforcement officers were after her, she fled, leaving the three kids. Kokwanyo East Sub location Assistant Chief Don Odero confirmed this bizarre incident, indicating that the search for the woman is ongoing

The Man From Sugoi Would Lead Kenya 'Unto Darkness And Death' - Makau Tell Kenyans.