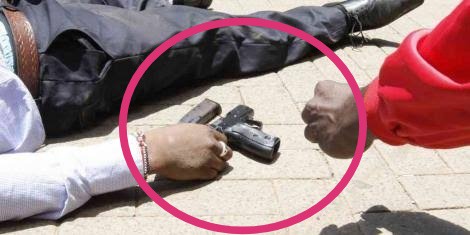 Drama unfolded at Nyayo in Ngara after an agitated man brutally beat a police officer to death and later took to his heels.

According to sources the senior officer based at parklands police station had stormed the man's shop when all hell broke loose.

K24 reported that the man now identified as Willie attacked the officer after a heated altercation at his shop.

The scuffle pushed the duo outside where the rasta man Willie brutally boxed the officer till he hit the tarmac dying on the spot .

Sources have it after the brutal beating the man took to his heels escaping through the famous Grogon area never to be seen again. 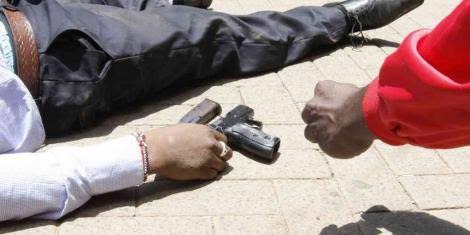 The incident has left many in shock and questions raised of what could habe led to the brutal fighting.

Police officers have of late been involved in a series of wrong doing all over the country.

On this particular incident its not yet known what could have transpired between the two to lead to the deadly fight.

Am man hunt for the ruthless killer has been started and officers area currently trailing him.

Many across the internet have have said that maybe the officer has gone to collect bribe at the area when the argument started.

Colleagues and friends have expressed their shock after learning of the officer's death. 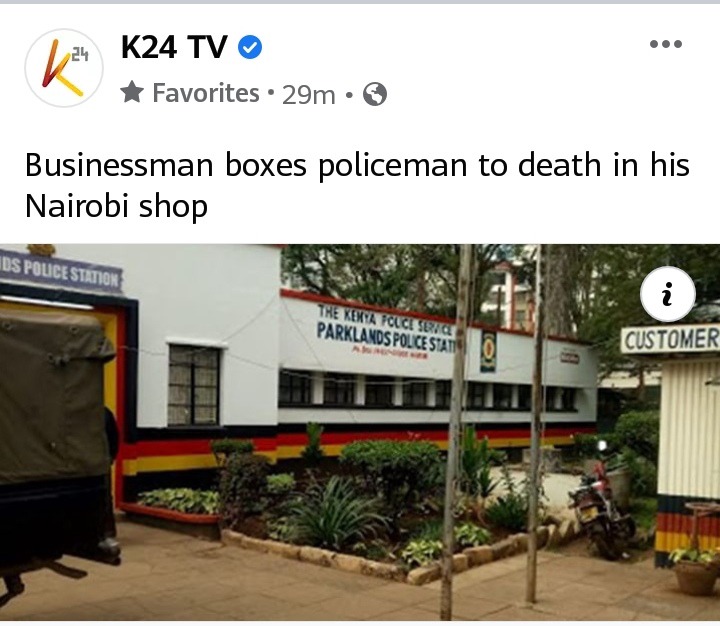