5 Strangest Reasons For Divorce, She Bathed Once A Year Hence Was Too Dirty Among Other Reasons.

By @yokeabu (self media writer) | 1 year ago

Some of the most common reasons for divorce in Kenya are continued disagreements, no sex at all, money issues,insecurity and violence, age factors, criticism and contempt, education level and wrong Profession. However, there are other craziest reasons as to why couples can decide to call it quits as explained below.

1 Because she was too dirty by opting to bath once a year.

Its Ladies who nomally accuse men of their bathroom phobia but for this couple in Taiwan, the shoe was on the other side.

As reported in Taipei times, a man filed for Divorce ending their 13 year-old marriage in 2015 because his wife only bathed once a year. Yes you heard me right.

According to the husband, once she did it, she could spend three hours in the bathroom. Sex was once a year hence they never had children for the time they stayed together. Instead of brushing teeth, she chewed gum to to cover up the bad odour and freshen up. She also preffered a hat to cover her dirty hair.

2 Because he voted for a wrong man

Voting for a person you don't like in an Election. An American lady 73years of age by name Mccormick, divorced her partner of 22 years after she discovered that he had plans to vote in Trump. She felt like she had been fooling herself.

So gentlemen, be wary of the presidential candidate you support come 2022, your age old Union can come down tumbling if you go for a 'wrong candidate'

3 Because She was demon possessed.

Some people's involvement in dark forces can ruin their relationships as it happened with this couple in Italy.An Italian man repotedly filed for divorce in April 2017 after witnessing his wife levitate into the air.

Take time before settling down with that person, we know of communities in Kenya where witchcraft is practised openly. Inqure and don't let your emotions take the better of you. 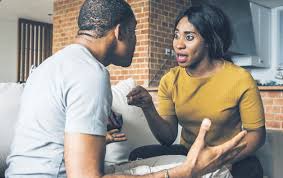 4 Because dishes were left in the sink by this man. A lady had to call it quits upon realising that her man couldn't stop leaving dirty utensils in the sink.

The man explained how everytime she made a trip to the kitchen and found a dirty drinking glass by the sink, moved closer to quiting and when it became too much she moved out to his astonishment.

5 Because her make-up wasn't water proof

Ladies, may be some men like it when you are just natural.This Arab bride 28 years of age ' deceived' her man by using so many cosmetics and fake eyelashes that wore off as they enjoyed themselves in the beach after tying the knot. The man had to end it just there.

6 Because he didn't text back

Gentlemen, text back when she texts you never know . This Taiwanese lady texted her husband who didn't reply. She even texted informing him that she was in hospital to no avail. She called it a day in marriage.

7 because he couldn't built a toilet

His wife had to relief herself in the fields since there wasn't a toilet as the man had refused to do one. The court in India therefore granted her request for divorce terming her experience as a form of torture.

The Alleged Plans Of Raila Ahead Of Mudavadi's Earthquake Event Today