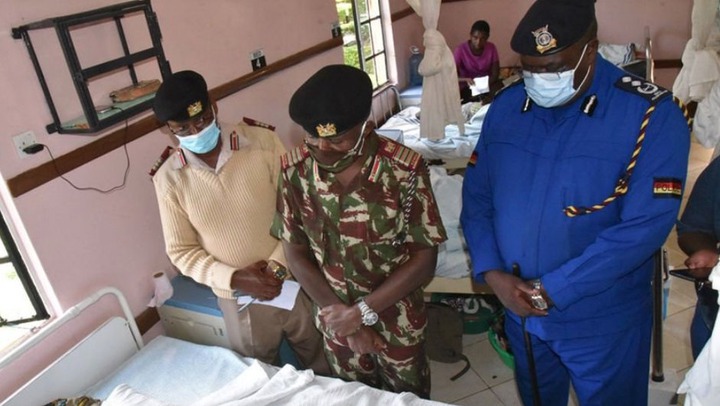 Police in Kuresoi South in Nakuru county have denied claims of torturing a suspected thief, 21 year old Mercy Cherono, who was recently filmed tied to a moving motorbike and being dragged along a road by a suspected police officer.

Cherono is suspected to have ended up in the hands of the police after breaking into a police officer's house and stealing, after which it is claimed that she was tied to the motorbike and dragged along the dirt road , sustaining a broken limb in the process.

However, the case has taken a fresh twist after area police boss Henry Nyaranga came out to rubbish her allegations, claiming that the victim was actually saved by the police from irate members of the public who wanted to lynch her.

Mr Nyaranga told the Standard on Friday that Cherono, on recording a statement with the police, admitted that the officers saved her from lynching after allegedly being caught stealing household items from area Deputy OCS David Kiprotich. 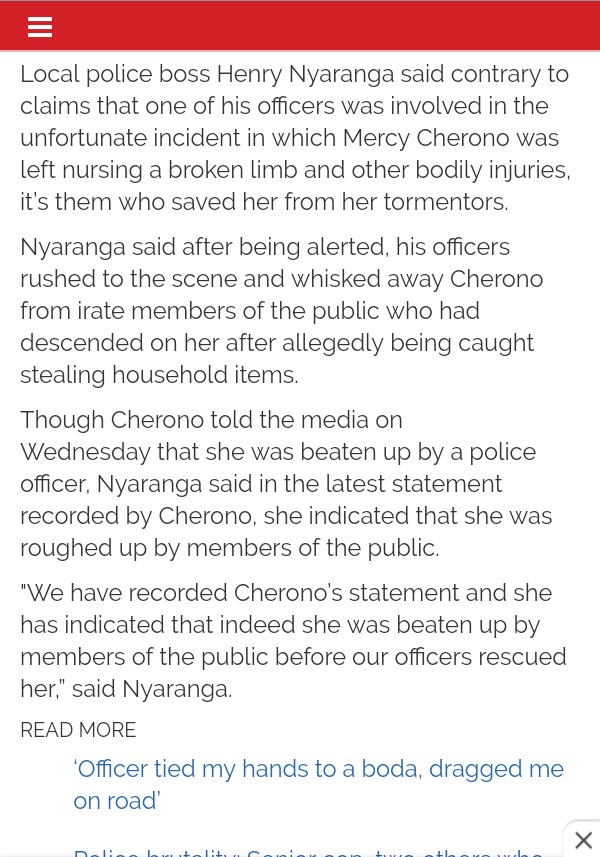 But the victim, from her hospital bed on Wednesday, claimed that she underwent the mistreatment in the hands of a police officer well known to her, adding that she was caught inside a bar. The officer, she stated, also stripped and whipped her.

The incident had earlier been confirmed by Rift Valley Regional Coordinator George Natembeya, with Interior Cabinet Secretary Fred Matiang'i on Thursday confirming that three officers have been nabbed in relation to the issue.

"Three police officers have been apprehended in connection with the Kuresoi incident where a woman was mishandled. I reiterate Government's commitment to ensure that its security officers retain the highest level of professionalism as they enforce law and order," he said. 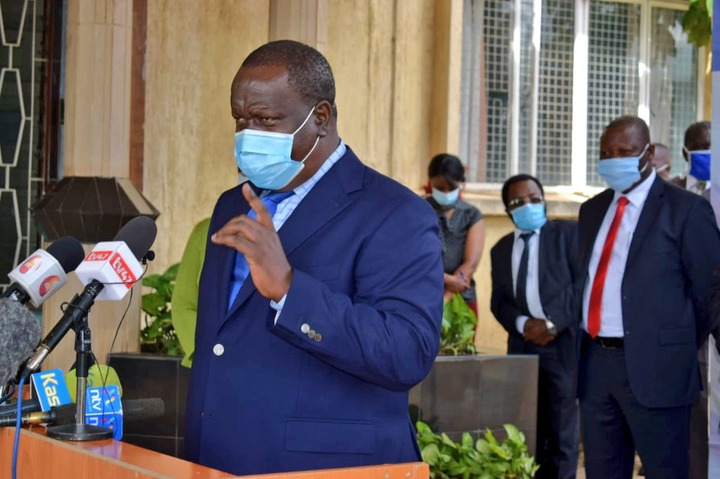 In the video, the woman is seen pleading with the officers to free her in her mother tongue.