By E.A.dailynews (self media writer) | 3 months ago

Police have arrested a 41-year-old man for murder after his mother succumbed to injuries he inflicted on her after allegedly beating her for unknown in their home located in Karen. 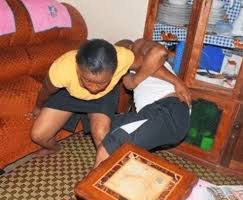 After a probe into the incident, the police said that the man is a first born son of the deceased’s. She was staying with the deceased’s family here, the official said.

The deceased used to have frequent quarrels with her son over his affair with the relative. On Tuesday, the two accused allegedly strangulated the victim to death with a belt, the official said. The deceased’s son initially tried to mislead the police by passing it off as an accident. 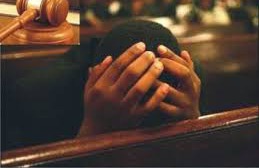 The 77-year-old woman died after allegedly being assaulted and burnt by her son in a fight in the Karen area, near the Catholic University of Eastern Africa, last week.

The suspect's elder sister affirmed the incident, saying the quarrel between the accused and his mother started when he was asked why he was burning her clothes for no reason. 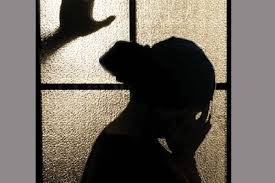 “He took a Panga (machete) and a piece of wood from the kitchen and slashed our mother to death,” she said.

She said that when her niece tried to defend her grandmother, but he slashed her on the head. 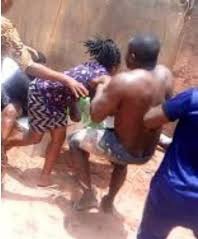 “The child was running towards her grandmother when she saw the man attacking her mother,” she said.

She told police that she argued with her son, aged 41, about why he was burning her valuable clothes, and instead he beats her mercilessly using a Panga.

She was taken to hospital where she died three days later. She had refused to record a statement, saying she didn’t want her son to be harassed. 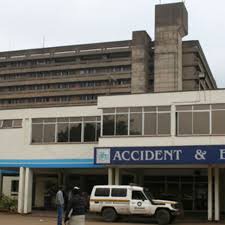 After the victim was confirmed death, police arrested her son who is expected to be charged in court once the investigation is complete. 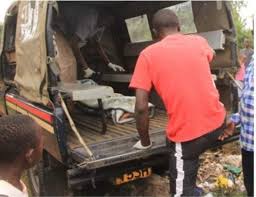 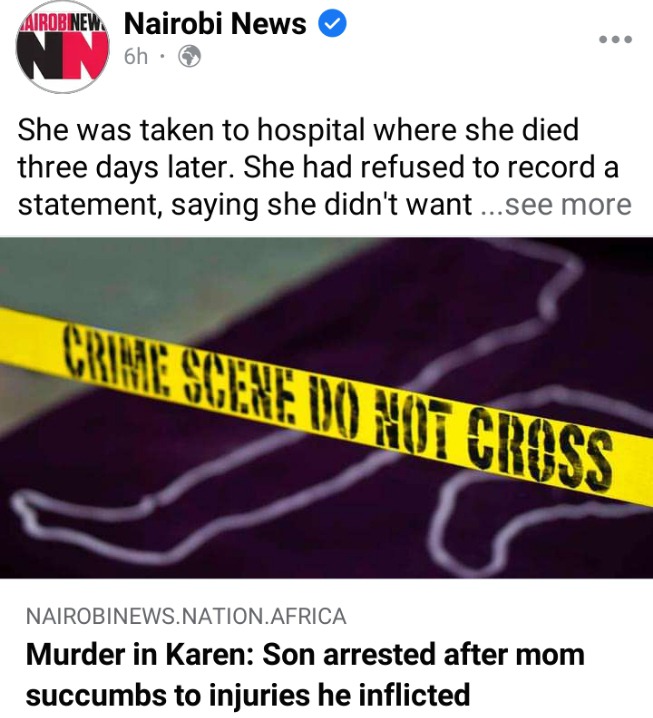 Content created and supplied by: E.A.dailynews (via Opera News )