By Nicah (self media writer) | 1 year ago 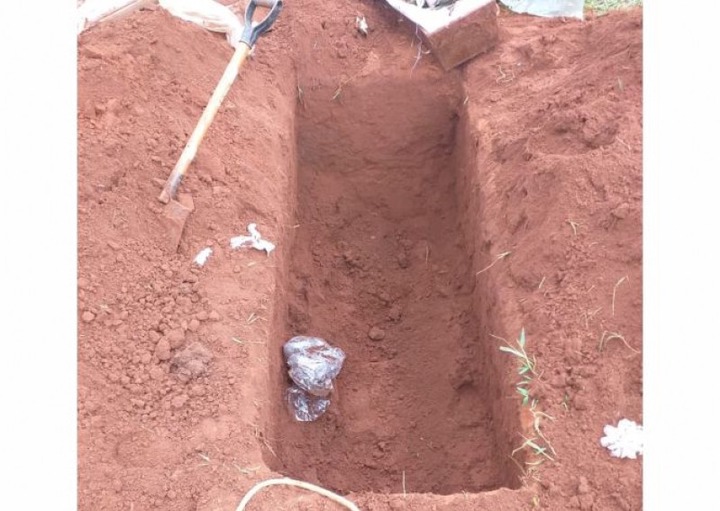 A photo of a dag grave.photo courtesy

Why should parents punish their kids? Children are supposed to bring joy in a family since they are the fruits of their love.

There was a shock in Kopiyo Village Kokwanyo East Sub location, Rachuonyo East sub-county, where a 26-years-old woman burried her 1- day -old baby alive claiming she was threatened by her husband. However, the origin of their fight remains unclear although, neighbours say the woman was un-easy of her husband's wrath after conceiving out of wedlock.

In over a year, her husband was away to work in Kisumu and had reportedly warned her of dire consequences. The fight started when the husband rang his wife over the pregnancy after realizing she was expectant despite him having left home almost 2 years and had not been intimate with his wife at the time. 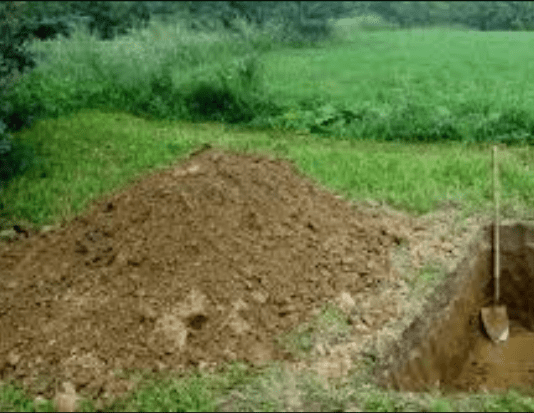 On Monday evening, the woman reportedly delivered and strangled the baby with a cloth.She then buried the body at her cassava farm, a short distance from her house.Her brother-in-law who lived in her house became suspicious and informed his grandmother.

After the insists from the family, the woman disclosed to them what she had done and took them to the farm.

The baby was exhumed and reburied again near her house but thereafter the woman escaped with all her three children to their maternal home in Kochol.After realizing she was being traced by local administration, she hit the road, leaving the kids behind.

Don Odero, Assistant Chief, Kokwanyo East Sub Location confirmed the incident saying they have entitled a manhunt for the middle aged woman who is currently at hidding.

Currently domestic fights have increased leaving children's in cloud of tears and suffering. Parents should protect their children and should settle their disputes in a decent with this, the killings and suffering will end and live in harmony.

Content created and supplied by: Nicah (via Opera News )