By muuganews (self meida writer) | 8 months 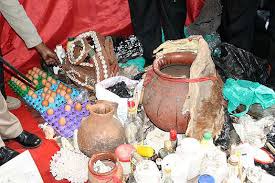 When one talks about black magic, many may seem to see as if the story is outdated or even can't be real. While in some parts of Kenya, they have already eliminated the evil tradition act out of their community, while in some other areas, they are deeply rooted in witchcraft , and that no modernisation that can uproot them out of the activity .

In Mbeere North , Embu county the police officers early this week arrested 17 suspects who were believed to be practicing Witchcraft near a school . According to police, the 17 who were using four vehicles , made a ritual at Ngunyuni primary school , after which they broke a port which contained something that resembled soil in it.

“Members of the public from Katheri sub-location had blocked four motor vehicles at Ngunyumu primary school who were strangers and whose numbers were sealed and at that, they suspected them of witchcraft practices after the occupants of the said vehicles made some rituals and then broke a port containing some content which looked like soil in front of Ngunyumu primary school gate,” Read part of the statement by police.

The police had to intervene and save the occupants of these four vehicles , after the furious residents came up in numbers to seek justice for their unknown incoming predicament as a result of the ritual activity carried out.

Police commander Mr Osman sent his officers to rescue the situation, after which the suspects were taken to Kanyuambora and ishiara police posts respectively , as they await the police to conclude their investigations . 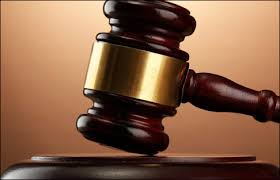