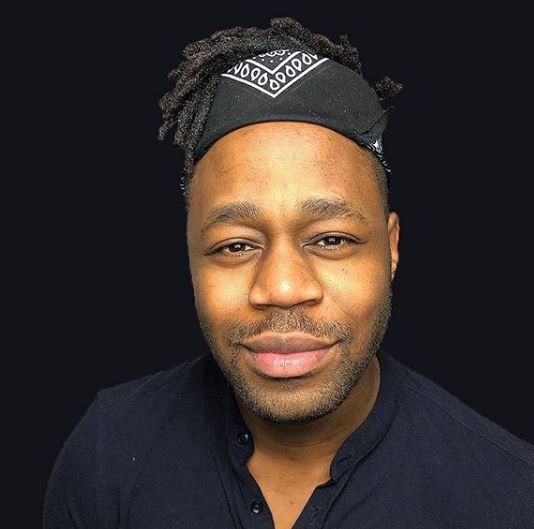 His followers must have missed his tea for the last four days. However, the tea master just bought his freedom back.

Four days ago, controversial blogger Edgar Obare was arrested by detectives from the Directorate of Criminal Investigations (DCI) for exposing private data of one Natalie Tewa and linking her to a top politician.

In his message to his social media followers, Edgar announced his arrest which he said took place at his home.

“As I said earlier I was summoned by the DCI. Today morning I was arrested by very many officers at my home. Now am headed to Nairobi. Thank you for your undying support.” He wrote

Since his arrest, some of his close friends led by Aurther Mandela alias Xtian Ndela have been visiting him and providing him with basic needs such as food and change of clothes.

Two days ago, Xtian Ndela tried securing a bail for Edgar , but it was denied. He took to social media and informed Edgar's followers that they had to wait for his trial which took place on Monday morning at Kiambu law courts. After the trial, Xtian Ndela took to social media to announce the freedom of tea master; Edgar Obare. Ndela stated that Edgar was released on bail of Kshs 100,000. up!! @edgarobare is finally OUT on a cash bail of Ksh 100,000!!..It’s been a crazy couple of days but THANKS to everyone who came through!!! Thanks to my (our) lawyer @kepherojijo for the solid representation!! Yes!! His Teaness is OUT!!!!!!!! . Xtian wrote. The good news was a relief to Edgar's fans who have been crying foul over his his arrest. See how they celebrated.

Content created and supplied by: Benji254 (via Opera News )

5 Simple Business That You Can Do to Boost Your Income

6 Common Cooking Mistakes That May Ruin Your Best Recipe

"They Say Am Pregnant, I Am Dying From 3 Diseases, This Is What Happened" Father Painfully Narrates

Electricity, Charcoal Burner or Hot Water for Raising Chicks? Which Is Best for a Farmer?

Monday Multibet To Stake on and Earn Cash

6 Foods You Can Use To Make Your House Clean