By JackieNews (self media writer) | 1 month ago 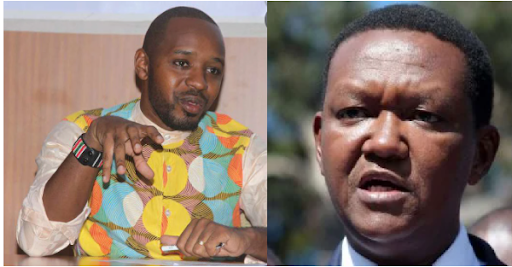 Alfred Mutua Of Rape, Threatens To Expose Him After He Allegedly Blew Up"/>Machakos governor Alfred Mutua has not taken lightly claims by activist Boniface Mwangi that he had organized an attack on his house.

According to a statement by a Kenyan Issac Ouma that was reported at Thika Police Station on Thursday, the attackers accosted the site workers, robbed them of personal effects, and assaulted the building that was still under construction with detonators causing three holes. 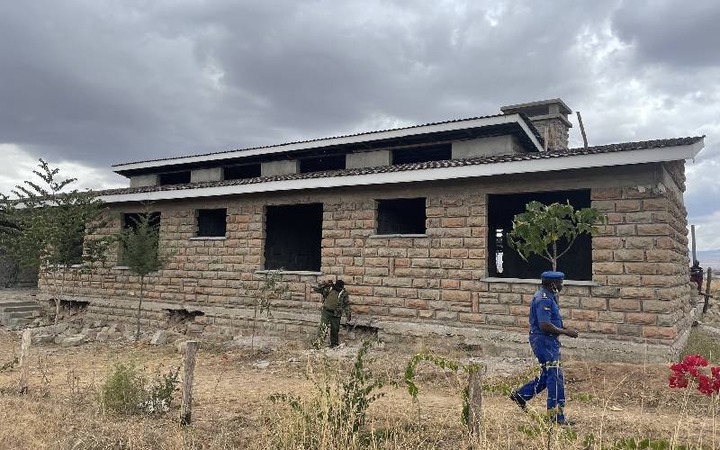 Mwangi quickly blamed his woes on Machakos Governor Alfred Mutua over his social media posts about his recent separation with Lilian Ng’ang’a who is currently in a relationship with Utawala hitmaker, Julius Owino alias Juliani.

However, the Machakos county chief has warned that he will take swift legal action if the vocal activist does not issue a public apology soon.

Through his lawyers, Mutua termed the accusations as libelous and defamatory and demanded that the same be pulled down from the internet with immediate effect.

Below is the demand letter by Mutua's lawyers to Boniface Mwangi: 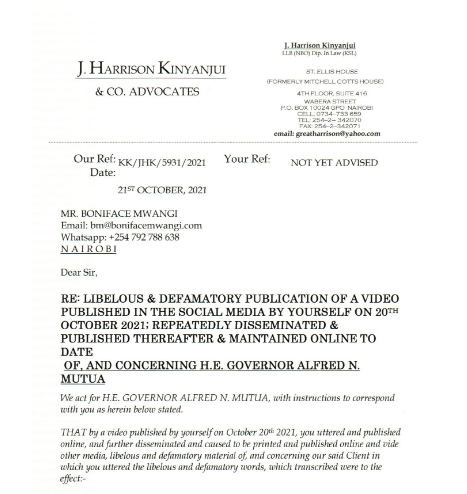 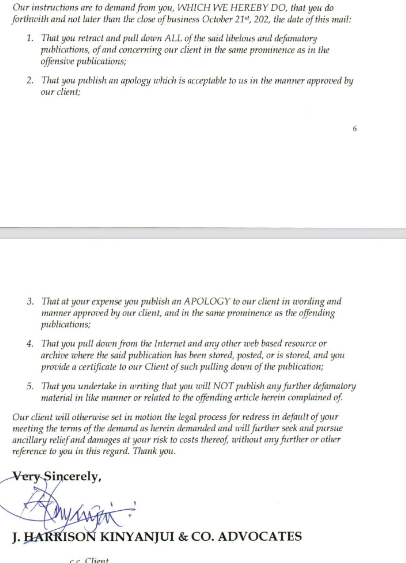