By Djrhymez (self media writer) | 11 months ago 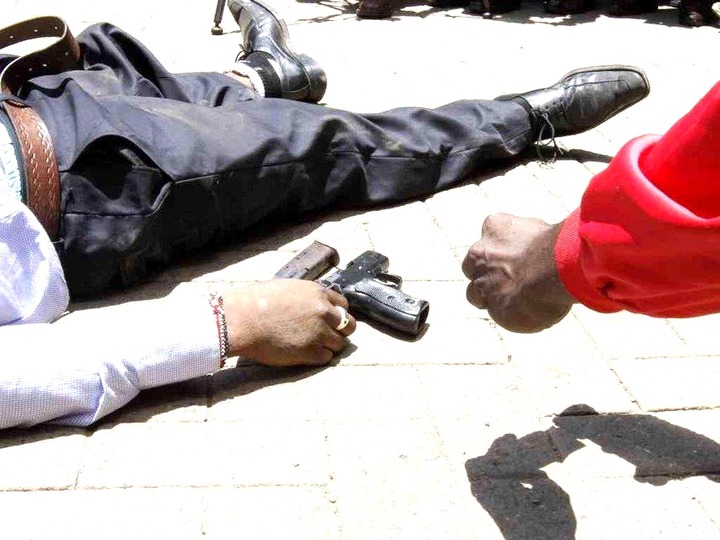 Yesterday, a worrying incident was documented by CitizenTVKe after it emerged that two young men had been shot dead with one nursing some seriously knife injuries in a local hospital.

Locals who spoke to the media also revealed some worrying details as to how thugs have been robbing and killing innocent kenyans in broad daylight.

However, Hessy has intimated of some interesting details about a cop who was based in Kariobangi and is currently behind bars. 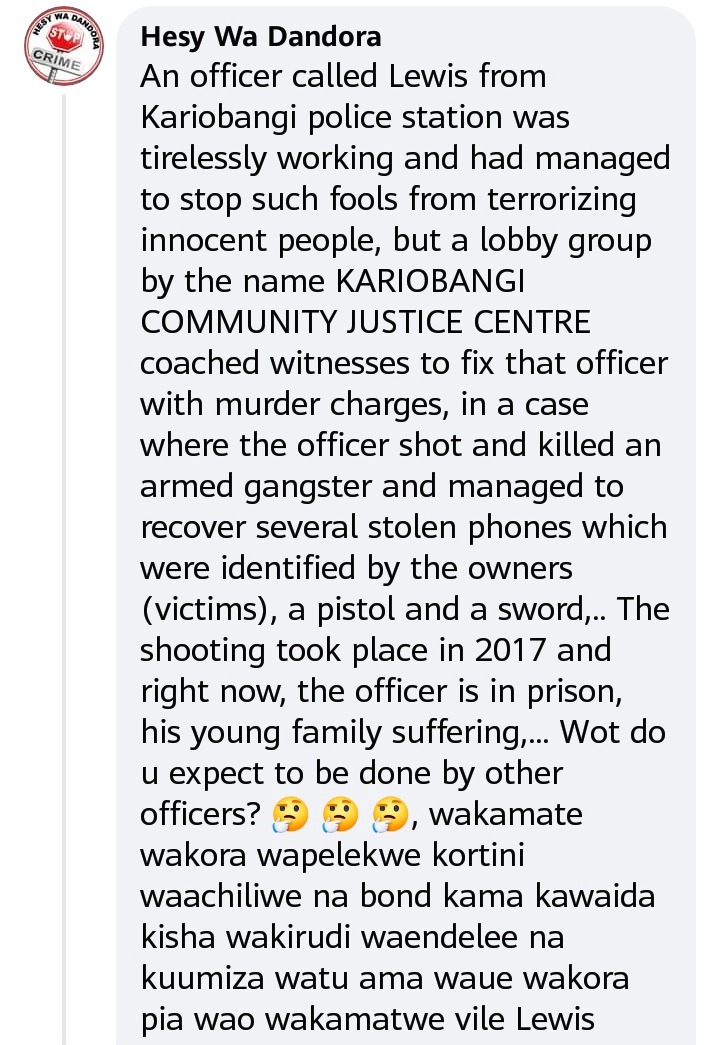 An officer called Lewis from Kariobangi police station was tirelessly working and had managed to stop such goons from terrorizing innocent people.

But a lobby group by the name KARIOBANGI COMMUNITY JUSTICE CENTRE coached witnesses to fix that officer with murder charges,

in a case where the officer shot and killed an armed gangster and managed to recover several stolen phones which were identified by the owners (victims), a pistol and a sword,..

The shooting took place in 2017 and right now, the officer is in prison, his young family suffering,... Wot do u expect to be done by other officers? , 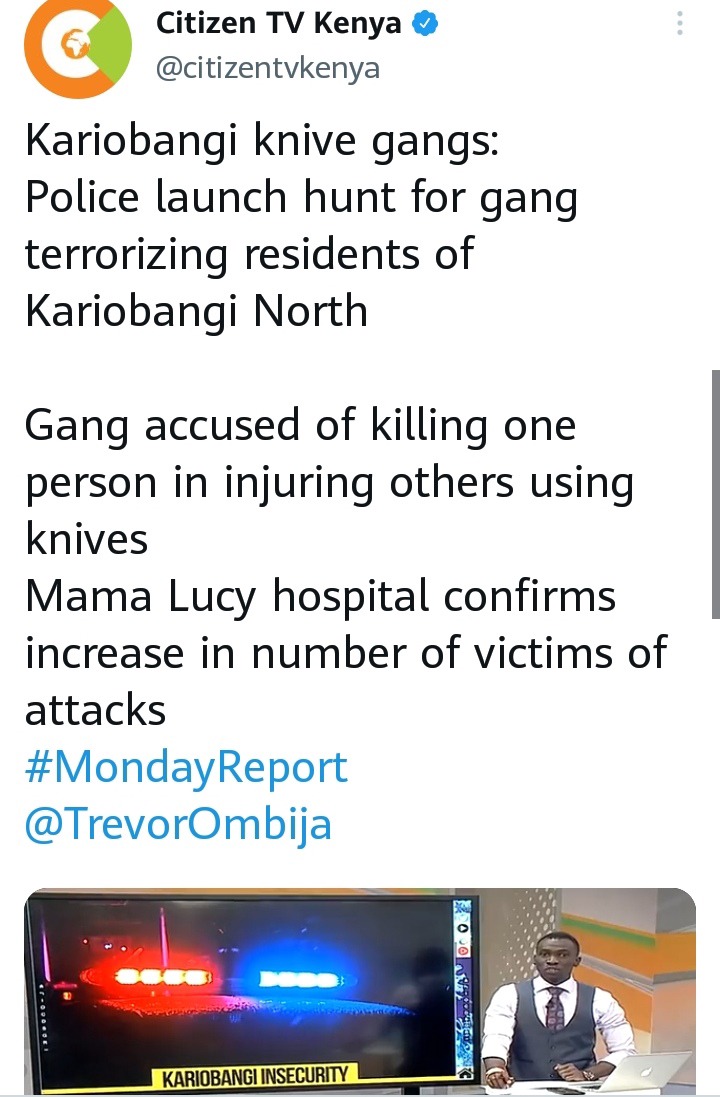