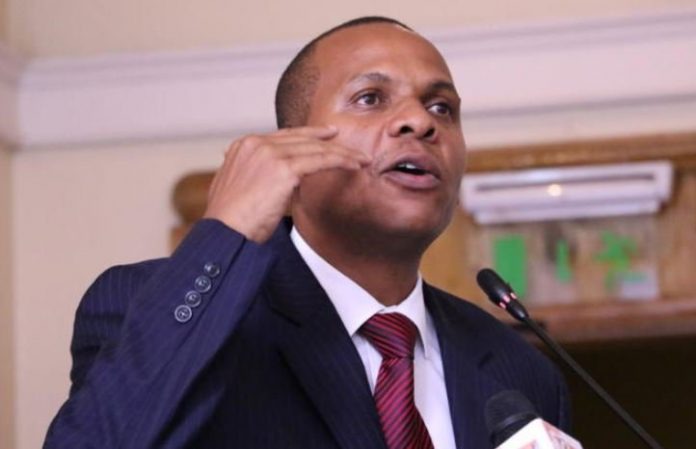 Garsen ex legislator, Danson Mungatana was recently arrested in Nairobi by Directorate of Criminal Investigations detectives. He was arrested for allegedly having received a substantial of money in false pretendence.

Sources claimed that the former Garsen Member of Parliament together with his business associate, Collins Waweru were involved in a fake deal linked to the military.

The two were accused of defrauding a business lady, claiming they were capable of helping her secure a Sh70 million tender from the military.

They were presented to Kibera Law Court in Nairobi, before Chief Magistrate Abdul Lorot, where they denied charges and were released on Sh200,000 cash bail each and the pre-trial set for September 10.

Their lawyer has been trying by all means to convince the Court to drop the charges against the two as they claimed they are in talks with the complainant, however the court refused and on Wednesday, August 19, the two were charged with conspiracy to defraud a business lady of Sh1 million.