By Emmykabz (self media writer) | 1 year ago

A young girl of 13 years by the name Janice from Kabete is recovering at the Kenyatta National Hospital after sustaining some very serious injuries. This was after she was attacked and raped by a very well known person to her. A man who she knew as a close family member and one she could run to in times of need. She has known him as her uncle all her life.

The 27 years old man who is a brother to Janice’s mother had come visiting the family. This was not the first time but he was used to visiting them very often. Being a family member and well known by the kids, he would be left behind with the kids together with the house help. Janice’s parents had no problem with that and never suspected anything bad would happen since the kids were in very safe hands. so they thought.

On the 28th of October 2020, the family woke up as usual, took breakfast and the parents left for work at around 7 am. After some few hours, The house help left to go and run some errands leaving Janice and her 10 years old brother under their uncle’s care. This was not unusual since she used to leave them with him anytime she had to go out. Two hours later, she came back only to find the worst had happened. Janice was lying on the floor crying so loud and there was so much blood on her clothes. She panicked immediately and started screaming. Janice’s brother was also crying and trying to comfort his sister. Neighbours had already started coming into the house due to the loud screams.

All this time, the uncle was not in the house. They rushed Janice to a nearby hospital in a neighbour’s car. She was attended to and that was when they learned that the young girl had been beaten and raped. Since she had very serious injuries, the doctor referred her to Kenyatta National Hospital for further treatment.

The man who did the heinous act has been in hiding since that day. As Janice is still in the hospital recovering, her brother narrated how things happened that day. He said that their uncle told him to go and play outside with other kids and when his sister wanted to follow him, she was asked to be left behind. As innocent as she was, the young girl did as she was told. After all this was her uncle.

"Minutes later, I saw my uncle leaving the compound. He was confused and was in a hurry to leave. I tried to talk to him but he told me that he was coming back later”. Said the boy. Few minutes later, he realized that his sister was not coming out to play and decided to go and see what she was doing in the house. He found her on the floor and seemed to be in a lot of pain. There was blood everywhere and she was bleeding from her nose and mouth clear enough that she had been beaten 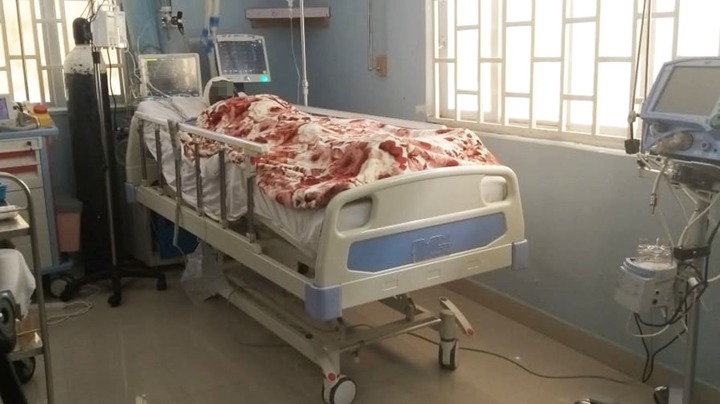 . It was not long before the house help arrived. Why would someone do that to such a young child? and to make matters worse his own blood? Questions left unanswered.

Content created and supplied by: Emmykabz (via Opera News )

Opinion: Big Mistake That Martha Karua Did At The National Prayer Breakfast Day That May Cost Them The Presidential Seat

Ruto Hits back On Uhuru and Raila in Mombasa