By HeziSham (self media writer) | 1 year ago 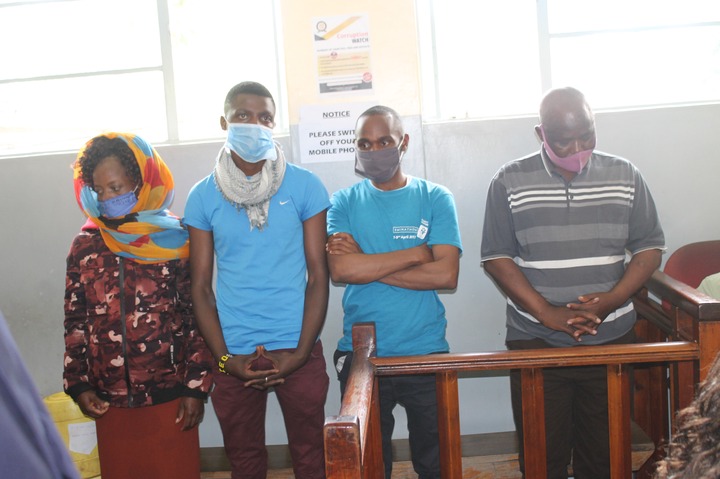 A police officer who was captured on a video clip dragging a woman tied on a motorcycle has been charged with torture.

The officer Mr Henry Muregi is accused of torturing Ms Mercy Cherono by dragging her on the ground and tying her hands on a motorbike in Olenguruone township in Kuresoi South Sub county of Nakuru.

The officer is alleged to have committed the offense jointly with others not before court on June 6, 2020 with an intention of obtaining information from her.

Mr Muregi is also facing another count of causing grievous harm to the woman during the incident.

Appearing before the Nakuru Senior resident magistrate Daisy Mose, the officer pleaded not guilty to both charges.

he pleaded with the court to release him on a favorable bond terms.

Through his lawyer, Mr Muregi told the court that he was not a flight risk and would attend court any time he will be required to so.

The magistrate ordered that the case be mentioned on Tuesday for a ruling on the bond terms.

Mr is among the four individuals who were arrested for investigation after the video surfaced online showing a woman being dragged on the ground while tied on a Motorbike.

She was being beaten while crowd could be heard shouting in the video which attracted countrywide condemnation.

The court had ordered that they be detained for nine days pending police investigations.

PHOTO CAPTION : Constable Henry Muregi (second from right)when he appeared before a Nakuru court on 12/06/2020 alongside Police inspector David Kiprotich, Constable Tom Kikao, and resident of Olenguruone Joan Chepkoech for torturing a woman in Kuresoi.

Content created and supplied by: HeziSham (via Opera News )

Three Tips on How to Attract Beautiful Girls Without talking

What the Bible Says About Revenge-(Romans 12:19)

Woman Refuses To Eat Food Prepared And Served By Son's Wife, Claims She Wants To Poison Her

Buzeki Finally Speaks on Joining UDA After Being Given a Warning