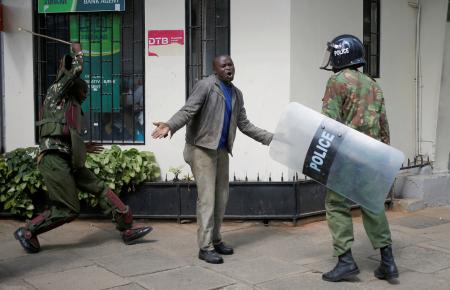 The two constable police officers beat up a senior officer while they were enforcing the curfew.

According to sources, the senior officer, an inspector attached to the Critical Infrastructure Police Unit (CIPU) was on May 26 heading home from when he met the other two constables from Mawe Mbili Police Post in Ruai, Nairobi.

The inspector was brutally beaten up. According to People Daily Newspaper this Friday, the victim severely suffered a broken.

He was later taken to the hospital where doctors were forced to fix the broken hand using plates to hold the bones in place.

Yesterday, 3 December, constable Evans Mithika was arrested in connection to the assault. His partner in crime is yet to be arrested. 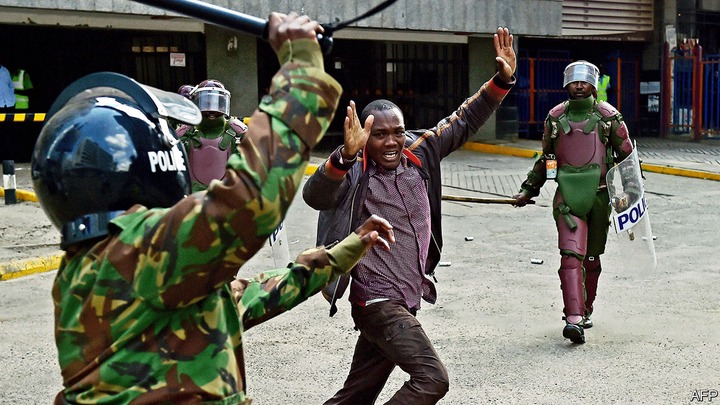 “On the evening of May 26, as they were enforcing curfew orders, they jointly caused grievous harm to a Police Inspector, who was proceeding home from duty,” a report at the Capitol Hill police post read as quoted by People Daily.

The publication further revealed that the assaulted inspector went ahead and reported the same at the Ruai Police Station.

However, the station Commander did not inform his seniors about the case, nor launched investigations into the matter

Internal Affairs Unit detectives are the ones who launched the investigations before forwarding the case file to the Director of Public Prosecution.

“The OCS Ruai attempted to cover up the attack and even concealed vital information after the assault,” a senior officer at the police headquarters said.

The arrested Constable Mithika is expected to be charged in court this morning.

Under Section 234 of the Penal Code, any person who unlawfully causes grievous harm to another is guilty of a felony and is liable to imprisonment for life.