By maryodago (self media writer) | 1 year ago

Sad news as a couple in Pakistan tortured to death their eight years old housemaid just because she freed their pet parrots from the cage while cleaning it. The evil act went viral on social media where many people were outraged by the couple's brutality. 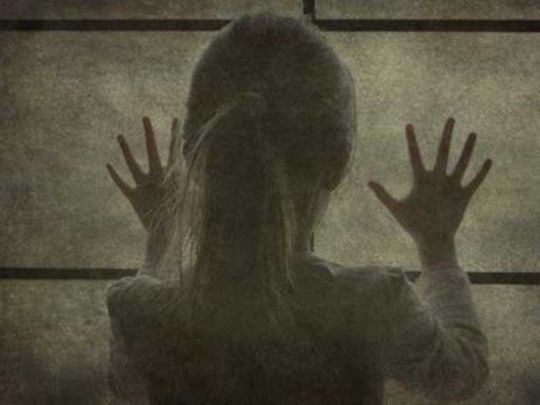 According to reports, the accused couple were arrested and put under police custody. The eight-year -old Zahra was rushed to the hospital and died while under treatment. It's reported that she succumbed to serious injuries on her body.

The accused couple admitted to Rawalpindi police that they had beaten the little girl because she made a mistake of letting their previous parrots flee from the cage. They openly told the police that they were carried away by anger because the two parrots were bought at a very expensive price.

Report from Rawalpindi police confirmed that Zahra had been employed by Hassan Siddiqui who deals in bird selling business. They employed her four months ago to talk care of their little baby. The couple agreed with Zahra's parents that they would educate her despite her being their employee.

Many people condemned the couple's evil act and called for justice from the respective authorities. Replying to the comments on social media, Human Rights ministry infoed that they are following the case and the couple will be punished for abusing the child. 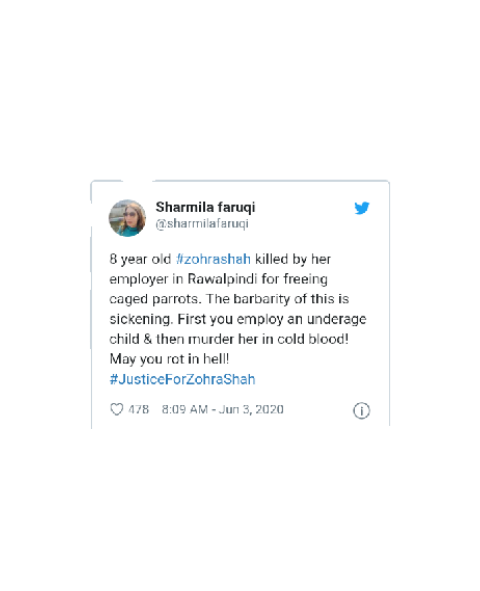 Content created and supplied by: maryodago (via Opera News )