Assassins have this Saturday evening stormed a mosque during evening prayers and shot dead a popular leader.

Somalia's government media has reported that Abdirahman Ibrahim Ma’ow was shot dead while leaving the mosque in Mogadishu’s Wadajir district. 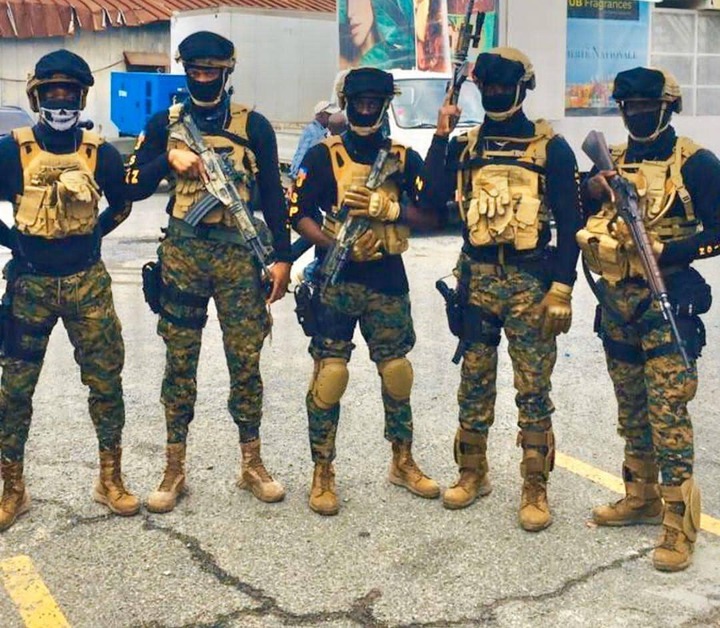 Commandos at past. Officers have been deployed to hunt down assassins/Courtesy

The former governor had just finished saying his evening prayer at the said mosque, only for him to be killed by gunmen.

"Abdirahman Ibrahim Ma’ow, former Governor of #Hiiran region was shot dead in #Mogadishu’s Wadajir district as he was leaving from a Mosque in which he prayed, on Saturday night. Police forces are searching for the assassins.#Somalia," read the update from the source 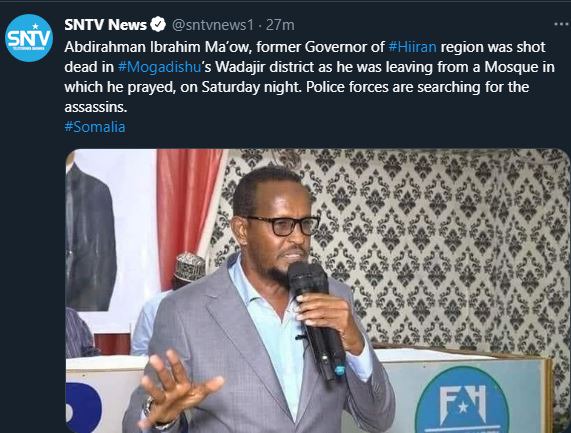 While the identity of the assassins is yet to be revealed, Al-Shabaab has been notorious attackers in Somalia, targeting leaders before killing them either by use of assassins, to use of explosives.

The militants kill leaders who speak against them and those who rebuke their coward attacks. 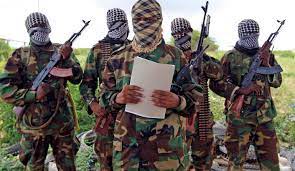 They recently attacked Government Spokesperson using explosives. The Spokesperson is still receiving treatment in Turkey after he narrowly escaped the attack.