Woman Buries Her Newborn Alive After a Domestic Fight

By SheilaRoseBlog (self media writer) | 1 year ago 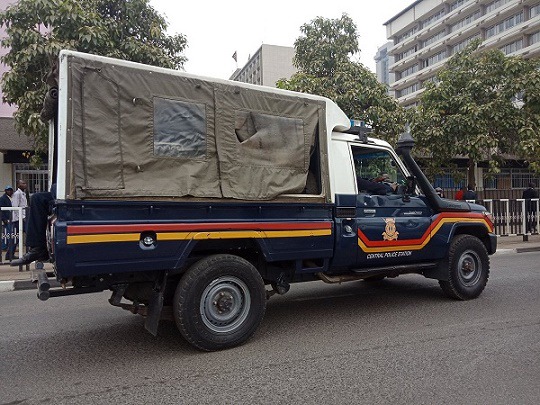 A sad truth about fighting couples that have kids is that the children always end up suffering more than both parties.

However, no matter how bad things are between parents, their priority should be all about protecting and ensuring that their children are safe.

Sadly, that wasn't the case in a very sad incident that happened just a few hours ago.

Reports indicate that the woman claimed she did that after being threatened by her husband.

A local publication reported that the genesis of their disagreements is unclear, and that neighbors say that the woman was apprehensive of her husband's wrath after conceiving out of wedlock.

The woman's husband who works in Kisumu had not been home in over a year and had reportedly warned her of dire consequences.

All the problems started when the husband called his wife over the pregnancy after getting information that she was expectant.

The man claimed that he had left home for over a year and had not been intimate with his wife at the time.

The unfortunate incident happened on Monday evening, August 17, 2020, after the woman reportedly delivered and strangled the baby with a cloth.

She then buried the body of the newborn in her cassava farm, a short distance from her house.

The woman's brother-in-law who lived in their house became suspicious and informed his grandmother.

She then disclosed what had transpired after much prodding.

Further reports indicate that the body was exhumed and reburied again near her house, but the woman escaped with all her three children to their maternal home in Kochol.

Drama doesn't end there. Upon realizing that she was being traced by local administration, she ran away leaving the children behind.

Don Odero, the Assistant Chief of Kokwanyo East Sub-location confirmed the incident and said that they have launched a manhunt for the woman who is currently at large.

Content created and supplied by: SheilaRoseBlog (via Opera News )