Covid-19: What PS Ambassador Kamau Macharia Has Been Using To Battle Covid-19

By julya (self media writer) | 1 year ago

The global corona virus disease has been mostly associated to causing severe disease and even death to people with underlying health conditions and elderly people above the age of fifty eight. However, this has not always been the as was attested earlier this week by the Permanent Secretary at the Kenyan Ministry of Foreign affairs ambassador Kamau Macharia. He was talking on a live interview on a local television station where he disclosed that he has been battling covid-19 at his home for the past three weeks. 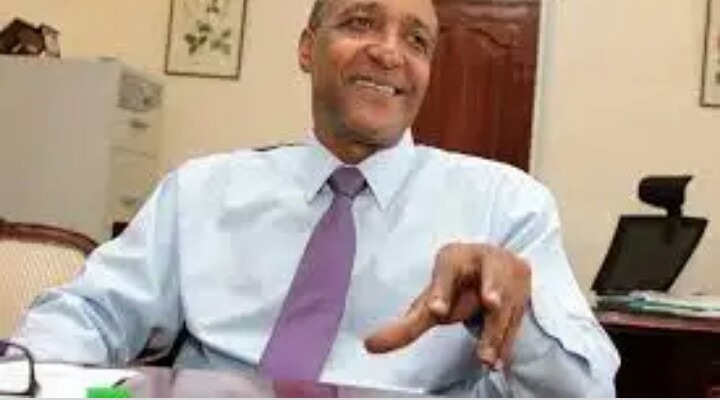 While speaking, he said that he saw no need for people with mild symptoms to go congesting the local health facilities as this would put a pressure on our health system denying those in need of critical care an opportunity to get it. He said that despite having passed out during breakfast a week ago, he still did not see the need to go to hospital as he believed his body was strong enough to fight for him. This is what he said he has been doing and has helped him recover magnificently;

a. Working out - He said that he has been walking for up to four kilometres every day, a practice he argued that helps his body realize that he is still there and willing to survive in order to enable his immune system fight on. He advised against sleeping all through for those who have tested positive for the virus as this would help the disease wear one down.

b. Drinking warm lemon water, ginger and garlic concoction. This contains vitamin c which is very essential in strengthening the body's immune system. It also helps soothe the throat for those with persistent coughs and a sore throat. Other fruits that contain vitamin c are oranges and pineapples.

c. Eating a healthy balanced diet which includes lots of vegetables and fruits. Also taking lots of warm fluids helps a lot too.

d. Taking chicken soup and ox-tale soup which he said go along way in providing the body with the much needed energy it requires to fight the infection. He said that he had learnt this while studying in America where flu is very common throughout the year.

d. He also disclosed that the only drug he has been taking are paracetamols to help calm down the headache and fever that come along with the disease.

e. Wearing his mask through out. Including sleeping with it on! The ambassador said that he had started feeling a tickle on his throat and that the moment he decided to keep his mask on, the tickle went out.

So, there you have it. You do not need to stigmatize anyone for having contracted corona virus. Even big people in these big offices have gotten it are not shying away from saying it.

Also, you do not have to fear going to get tested as it is not a death sentence and simple home remedies go a long way to help keep the body's immune system strong.

Content created and supplied by: julya (via Opera News )