5 Very Ugly Cars Made By Kenyans, Ingenuity Or Mediocrity? (PHOTOS)

In the world we live in, there is no room for compromise. If you invent something that is far below the market standard, no one will buy it. There is no more patriotism on products, you either offer the best or stomach the disappointment. The fact that even making a decent action movie in Kenya is heart wrenching.

An NTV journalist has today shared a tweet shwowing a young man from Taita Taveta who has made a car dubbed 'Doshisafari'. The story is set to air on NTV. Just looking at the car I felt very sad for our country that we can even celebrate such a thing. I have gone back to compile some 5 cars that have previously been made by Kenyans. Obviously the matter is very subjective, I son't like it, but do you like it?

I will start with a car made by Mobius which is a Kenyan car manufacturer. This is now the epitome of mediocrity. The fact that people actually invested to manufacture it in itself is a wonder. 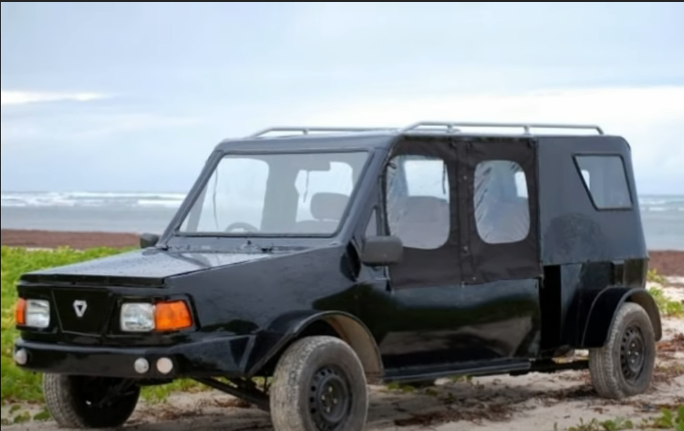 This car is said to sell for 940,000 shillings. Would you spend you hard earned money on such sheets of metal without any reliability record? I mean, just look at the interior of this car. It has absolutely no modern technologies in it, apart from the fact that it can be driven. This looks like something from the World War 1 era. 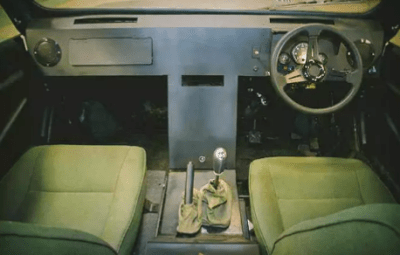 This car was made by 31 years old Sammy Karumbo who is a resident of Langas in Eldoret in 2018. He managed to make it run on solar power and can charge phones and provide lighting too.

Sammy has a diploma in electrical installations from Kitale National Polytechnic. I have nothing against his technology, but can he make it look better at least?

This car is made in Mji wa Ng'ombe in Mombasa by Said Mwenzi of 'Kama Kawa Garage'. It is made entirely from scrap metals and old parts of motorbikes, tuk tuks and cars. 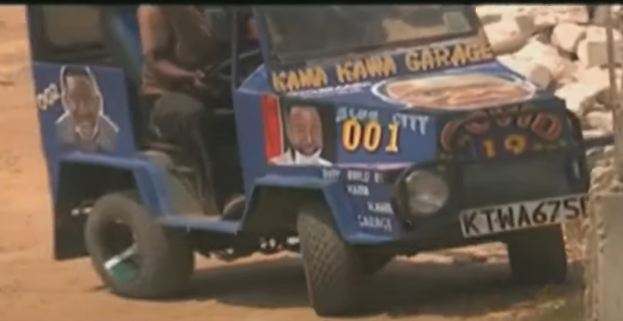 He actually claims to have made the car over a period of five years and amazingly he still has not managed to make it reverse. He uses the car to distribute masks in his area, which is a noble cause.

This one is made in Kocholya village in Malaba by Harrison Etyang. He is an accomplished inventor.

Etyang first made a plane but he always landed in people's sugracane farms because he feared crash landing in a field. He was given a life time ban from flying. He also created his own radio station that he used to broadcast campaigns on on and was arrested for that and banned too.

His new car is made from a motorbike engine and scrap metal.

This is the car that was tweeted about today by Bill Otieno, NTV presenter. Made by two young men from the Mwakitau area of Taita Taveta, the car has two pistons. The journalist actually calls it a super car. It is said to reach 80 km/hr but from the video I watched, I don't see how it is possible. 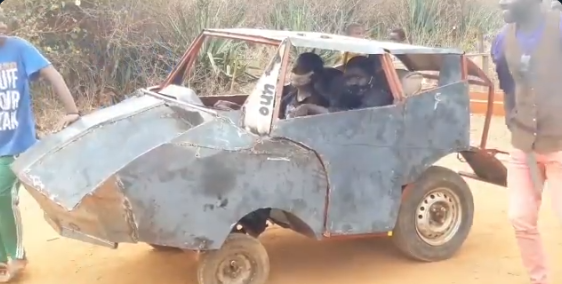 The next car is the sixth on the list but I would not consider it ugly. This is actually the only reasonable invention that can be commercialized. On top of looking good, the car also drives well and is meant to be a toy for kids that actually drives with speeds of up to 20 km/hr. 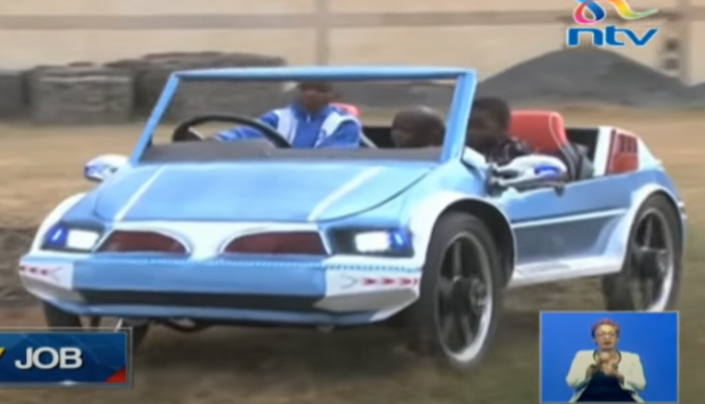 It was made by Samwel Mwangi from Nakuru. He uses the car at amusement parks where kids pay to drive the car. He says that with fuel of 500 shillings, he makes between 20,000 to 25,000 shillings from paying children. His invention is completely functional and safe with parts that look like they were bought and well put together. Mr Mwangi himself is a fabricator.

I am very much a supporter of Kenyan ingenuity, but, can't we make something that can be commercialized? Where are our educated engineers? Does it always have to be the guys from the village or metal works people that make these cars? That is my view anyway, what is yours?