By founder (self media writer) | 1 year ago

It all seemed square until Eric Maxim Choupo-Moting scored three minutes into extra time to give PSG a hard-fought victory and move into the semifinals in Lisbon, Portugal.

After an impressive season, Atalanta were narrowly approaching a dream entry in to the prestigious champions league semi finals when Mario Pasalic scored in the 27th minute to give the La Dea a mid-first half lead. Later on, the Les Parisiens fought back and grabbed a final minute equalizer via the Brazilian defender, Marquinhos. In added time, Eric Maxim Choupo-Moting linked up perfectly with fellow substitute Kylian Mbappe and star man Neymar to snatch the hard-earned winner in the 93rd minute to give PSG a 2-1 win an the second leg of the encounter, and a 4-1 win on aggregate. 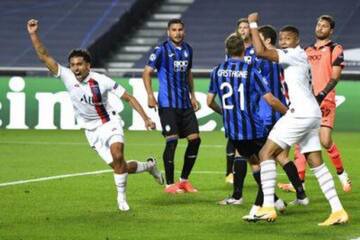 In a post-match interview, Choupo-Moting said, “When I came on, I said to myself, ‘we cannot lose, we won’t go out like that”. The current French champions are now poised to face either Atletico Madrid or Rasenballsport Leipzig in the forthcoming semi-finals for the first time in over 25 years.

While celebrations of a long-awaited semi-final were being held by PSG, it was a heartbreaking experience by Atalanta whose dreams of reaching the semis in their champions league debit were swept away by a resilient Paris Saint Germain. The Atalanta coach, Gian Piero Gasperini, lamented about the outcome, “some set pieces, a few moments, situations were the details that determined he progress of the better side”. 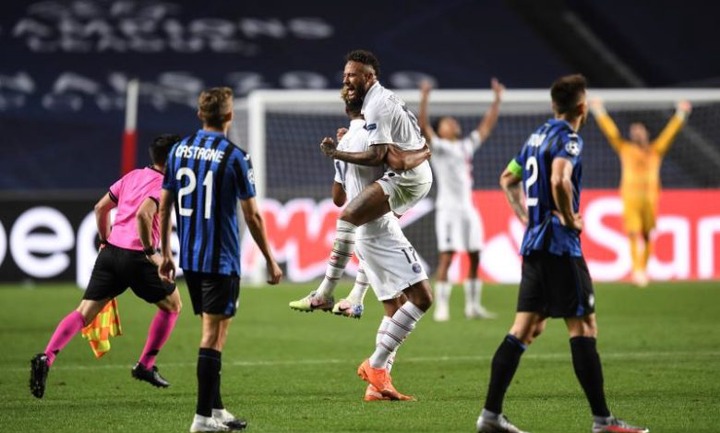 Tomas Tuchel, the Paris Saint Germain coach, spoke about the man of the match, Neymar, saying, “he is very reliable, and he loves to win”, in an interview. Mbappe, who was subbed on later in the match, had been battling an ankle injury which kept him in the sidelines for days. His cameo however, was much welcome given midfield stars Marco Veratti and Angel Di Maria were already on the sidelines.

The corona virus pandemic was the reason why the football match had to be played in an empty stadium, but fans had an opportunity to catch the beautiful game from home and other gatherings. Atalanta fans will have all the reasons to keep their heads high after a successful season both domestically, where they finished 3rd to clinch a spot in next season’s champions league and in Europe, where they put in their best performance.