By Lesoi (self media writer) | 1 year ago

The government closed all schools in March following the spread of corona virus in the country. Face to face learning was suspended indefinitely in a move to curb the spread of the virus. The government has been working towards early safe school re-opening and the ministry of education through it's Cabinet secretary Professor George Magoha has hinted on early school re-opening.

On Monday while speaking to the press at KICD, the CS cited that schools will have no choice but to reopen soon as the covid19 infections curve has flattened. He is set to make major announcements on the same after a major stakeholders meeting scheduled on 25th of this month and will be chaired by Interior CS Dr.Fred Matiang'i. 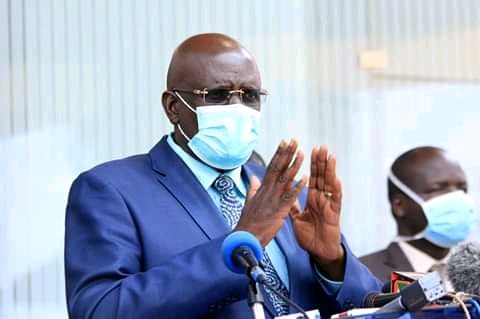 It's a relief for the candidate class as they'll be the first to reopen according to the latest report released by the task force on resumption of classes. According to a report by the Daily Newspaper today, primary school learners and secondary school learners are set to reopen on 19th of October. The suggestion by the task force proposed two ways of re-opening schools according to the chair of the committee Madam Sarah Ruto from KICD. 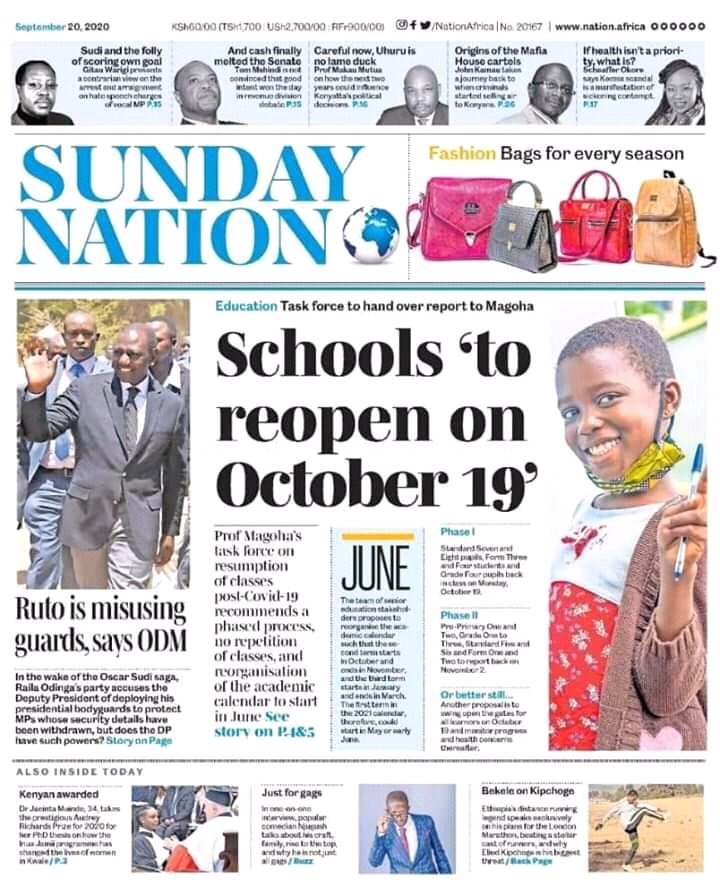 The task force proposed that the candidates class; KCPE and KCSE students forme 3 and class 8 together with grade four pupils should reopen on 19th October and the final National Examinations to be done in April 2021. This means that they'll start off their second term on October and third term to kick off on January.

The second proposal stated that all students to be allowed back to class at once in October and no single student will repeat. This means that the academic calendar will be altered completely and academic year will be beginning on May or June.

It's further reported that Cabinet Secretary of Education Professor George Magoha had already set a meeting on 21st September this Monday where he'll be handed the full report.

Which of the two proposals do you think I best for our children?Share your views below.

Content created and supplied by: Lesoi (via Opera News )

Necessary Skills to Teach Your Child Before They Turn 13