By Melkynews (self media writer) | 23 days ago 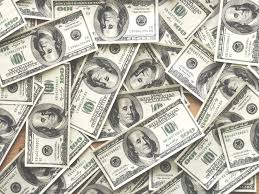 Even though being a doctor is a high-paying career or job in which you may earn six figures or more per year with good specialization, there are alternative jobs in business, technology, and other industries that can pay you more per year than being a medical doctor.

The following is a list of jobs that, on average, pay more than a doctor.

CEO is short for the chief executive officer, which is a company's highest-ranking officer. The CEO is in charge of making significant business or company decisions.

To become a CEO, you must have extensive leadership experience and the ability to make sound decisions at all times.

To be considered for the role of CEO, you must also be an excellent problem solver with a strong academic background.

Depending on the company you lead, CEOs can earn six figures or even millions of dollars every year.

Elon Musk ($6.7 billion per year), Douglas HirschCo ($496.8 million), and Sundar Pichai ($2 million) are among the highest-paid CEOs, according to Bloomberg Research.

Being a CEO takes a lot of effort and thus rewards accordingly.

In the business world, high-level executives are persons who work just below the CEOs and are responsible for a wide range of operations.

Chief financial officer, chief operating officer, vice president, and heads of other departments are examples of these jobs.

These individuals do less work than a CEO but have very high-paying jobs. They require many of the same abilities that a CEO does, such as good decision-making, good academic records, good leadership records, and so on.

These occupations can pay anywhere from six to seven figures per year.

In today's age of rapidly evolving technology, software development is also a high-paying job and expertise.

A software developer is a computer programmer who creates software by writing codes.

As a result, they're in charge of creating, designing, and ensuring that a company's software runs smoothly.

Companies that are more technologically focused, such as Facebook and Google, invest heavily in software development.

This is highly dependent on the company you work for, and because it is such a flexible career, you may end up working for multiple companies.

A company's server and infrastructure network are managed and overseen by the Information Technology manager.

They organize the company's computing needs and ensure that all of the company's hardware, software, networks, and other associated applications are operational.

The information technology manager ensures that all work in a company's IT department runs smoothly.

According to Us news, the average income for an IT manager is $150,000. This is an average figure that varies greatly from one company to the next.

An entrepreneur is someone who takes the risk of beginning a company based on a well-developed concept.

They deal with the distribution of goods and services to get profit. This is one of the most difficult roads to follow.

To build a business from the ground up, you'll need money, discipline, attention, less sleep, and a lot of talents.

Approximately 90% of newly established firms fail within the first five years of operation.

However, once you've achieved success, there's no limit to how much money you can make by starting your own company.

Some well-known entrepreneurs, such as Jeff Bezos, Mark Zuckerberg, and Bill Gates, have made billions by starting their businesses.

It is not advised to start a firm to become a billion become successful entrepreneurs do not come close to this level of wealth but are nonetheless prosperous.

Entrepreneurship and real estate make up the majority of millionaires in America.

Manager of Marketing and Promotions

Marketing and advertising are some of the most important aspects of some businesses.

Marketing managers are in charge of promoting a company's goods and services, as well as helping to develop company brands and generate money.

They employ psychological and other fields of study to persuade consumers to purchase goods and services. According to Us news, marketing and promotions managers earn an average of $200,000.00 each year.

A hedge fund manager is a person who receives money from customers, invests it, and makes profits on the principal for them.

As a result, they are compensated. Blackrock, Goldman Sachs, and other hedge fund firms are among them.

This job is highly scalable, and you can earn a lot of money doing it. You can earn up to six figures per month.

A lawyer's job is also an excellent one that pays well. Being a great lawyer in industries like business, finance, employment, tax attorney, divorce, and others pays well and will help you make more money.

Contracts with numerous large firms can bring you millions of dollars every year.

Some business lawyers can achieve this in as little as a month. All of this boils down to working for a reputable firm and a track record of not losing cases.

To summarize, becoming a surgeon, anesthesiologist, or any other type of doctor earns you six to seven figures a year.

Other careers, such as lawyering, entrepreneurship, being a CEO, managing hedge funds, and others, can pay you more than a doctor.