By Waiver (self media writer) | 8 months ago

One man has narrated his life as former president's driver. Wilson Kasimi who hails from Meru County gave an account of how the former head of state entrusted him with the job and how he saved his life twice while working for him.

Kasimi narrated that his colleagues were not happy with him when he got the job. They plotted ways of making him sacked, "They at some point told me to deflate a tire and ram the car into a random object and cause an accident but I didn't. Little did they know that Mzee Jomo Kenyatta had a keen ear; he heard everything."

The 83 year-old has great memories. While at his home, he explained that he was once a driver at the Voice of Kenya (VOK) which Mzee Kenyatta often visited and this he says, opened great doors for him. It is how he secured a job as a driver of the founding father. 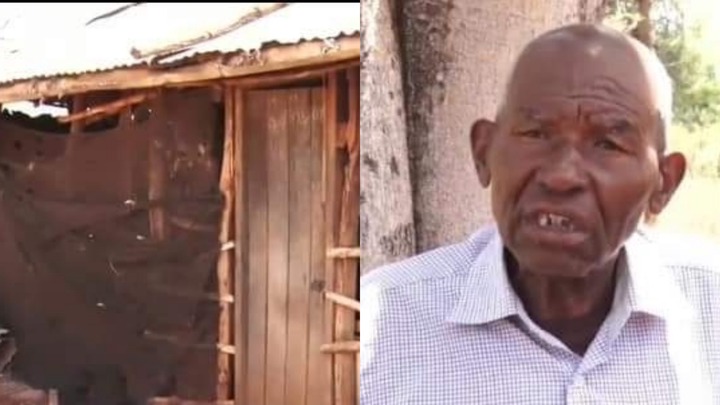 He says the job was not easy. He faced many challenges and almost lost his life. He narrated the second ordeal when he almost got shot while saving Kenyatta's life. He had gone to a rally with him and saw someone on a tree holding a riffle. He quickly sped off the scene and heard gunshots after.

He says most of his colleagues were not happy with him. They even devised ways to ensure that he was out of employment but he pressed on having gained the President's trust.

However, despite interacting and serving the first President, Wilson, Kasimi and his family are living in abject poverty. He hopes that something will happen to change his life for the better.