"I Worked in Saudi Arabi For 4 Years But I Returned With Nothing, I Had to Borrow Bus Fare" Jacinta

By ShikishaNewz (self media writer) | 21 days ago

Jacinta Wanjiru is a widow and a mother of four kids. She has painfully narrated how she worked in Saudi Arabia for four years but she returned back with nothing and she had to borrow bus fare to get home.

Jacinta claims that she went to Saudi Arabia after her inlaws chased her with the kids after her husband's death. She had no choice but to travel in Saudi Arabia so that she could provide for her four kids.

Jacinta managed to get a home where she worked as a househelp but her bosses treated her badly because she refused to change her relegion status.

She claims that the first five months, she was never paid but she kept on working with the hope that her bosses would pay her salary.

She had signed a contract of two years but her bosses took all her documents and they forced her to continue working until when Jacinta's son made a call to her bosses and they released her. 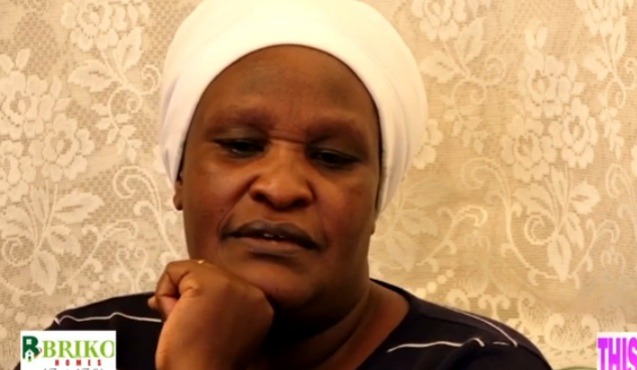 On this particular day when she was to travel back to kenya, her bosses took all her money without even her noticing and she was left with nothing.

All the money she had worked for four years was taken away and she could not question anyone because they had already threatened to kill her.

She was taken to Mombasa and since she had no money for transport, she was forced to borrow for her to get home.

Her family and kids were happy to finally see her although she had returned with nothing. She is greatful to have returned back alive. She claims that she can never allow her kids to work in Saudi Arabia when she is still alive.

Ronaldo Pleads With Referee To End Man United Match, In Hilarious Moment During The Game

"Ruto ana Madharau na Kiburi..." Atwoli Says as he Alleges What Happened Between Uhuru and Ruto