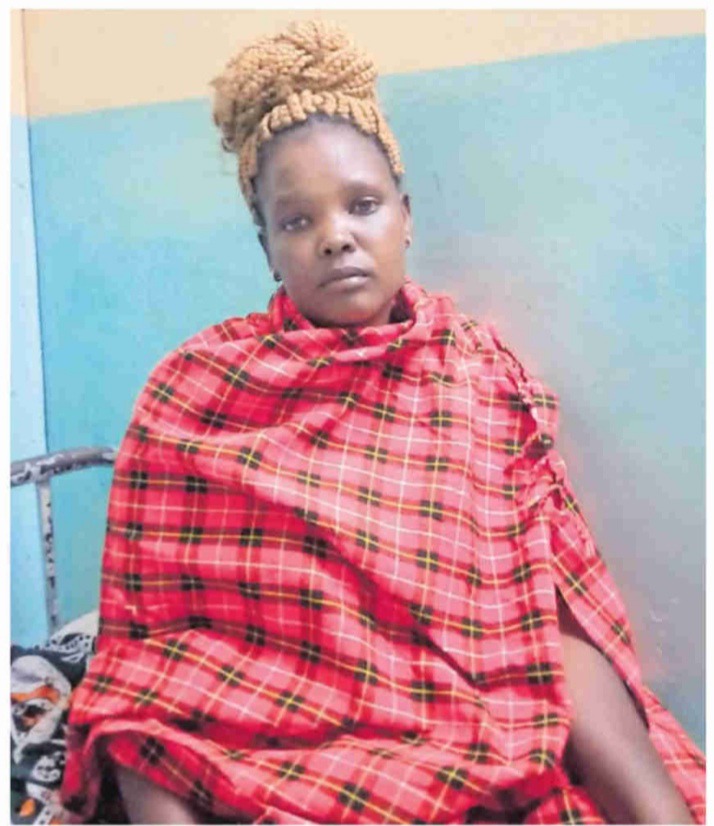 As the whereabouts of Nakuru-based killer cop, Caroline Kangogo remains a mystery, several people have been victimized by Caroline's Rogue behavior both directly and Indirectly. The two men that Caroline shot, were directedly affected by Caroline's rogue decision.

However, for Jemutai, Caroline's hide and seek has affected her Indirectly, at least according to Businessman Kennedy. The Kitale-based licensed gun owner shot Jemutai on the abdomen and later claimed that he had mistaken her for Caroline Kangogo.

It has now emerged that the man had different ideas when he shot her. According to Jemutai, she had booked a room to stay for the night after failing to get back home before the curfew hours.

She then went to buy her supper when a man in a black Prado called her. He wanted to know her more. She gave him her number and left. When returning to her room she noticed that the man was still staring at her in a suspicious manner.

She alerted the room Attendant who accompanied her to confront the man who was still in the car.

After reaching there, the man reportedly gave the Caretaker Ksh 1000 and told him to mind his business.

It was after the Attendant left that the man Withdrew his gun and shot her before trying to escape. Officers on patrol took her to the hospital and arrested the man immediately.