The Kenya Films Classification Board will be having a new Chief Executive Officer with Cabinet Secretary for information communication technology confirming the exit of the tough-talking Ezekiel Mutua whose contract expires on Friday 6 August.

The CS has appointed the Communications Authority of Kenya's Director of communications and External affairs Christopher Wambua as the new boss, Wambua is however expected to act in a temporary capacity.

Mutua had been advised to take a terminal leave after it emerged his contract would not be extended upon its expiry on a second term and Mucheru is now expected to release an official statement to announce Mutua's exit. 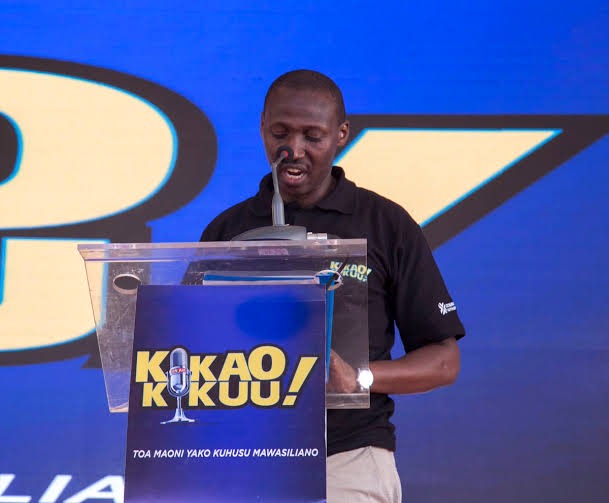 "I have not yet released any statement as the appointment was between the employee and the employer. I wonder why people rush to make statements on social media. If they want to politicize the appointment then I am happy to give them the freedom to do so," Mucheru told Kenyans.co.ke.

The new boss Christopher, holds a post-graduate Diploma in mass communication and a Master of Arts in international studies from the University of Nairobi and a Bachelor of Education from Kenyatta University.

Wambua who will be at the helm boasts of tremendous experience having been appointed at the CAK as the director of communications and External Affairs, a position he has held for six years.

Before he was promoted, Wambua served as the Assistant Director of multimedia content and innovation for a year and a half while he was also the communication manager and assistant public relations manager for thirteen years.

Low Capital Businesses You Can Try in Campus

He Is a Boxer, Meet Man Who Plays Fela in the Zora Citizen TV Series