By Curtis-Otieno (self media writer) | 13 days ago 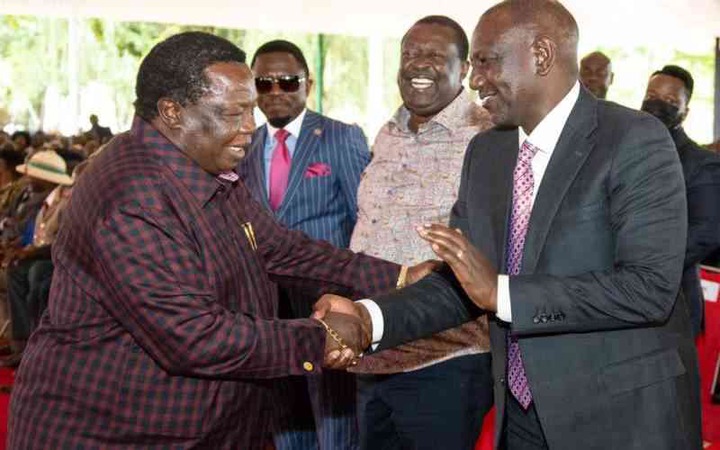 COTU Secretary General Francis Atwoli has expressed worries regarding the well being of the people he is representing; the workers.

He says that he has been receiving letters from security guards who are complaining of poor treatment by their employers, mostly guard firms.

The trade unionist complains that a good number of the private guard firms are yet to implement the minimum wage guidelines introduced by former President Uhuru Kenyatta in May 2022.

He has complained that as a result, he has been receiving an alarming number of petitions from guards still earning below the Sh15,120 minimum wage, whose employers have remained defiant.

“COTU has received an alarming number of petitions from current and former employees of the many rogue private security firms that have blatantly refused to observe minimum wage guidelines," he said in a statement on Tuesday.

It is for this reason that he now wants President William Ruto to intervene and help the victims. 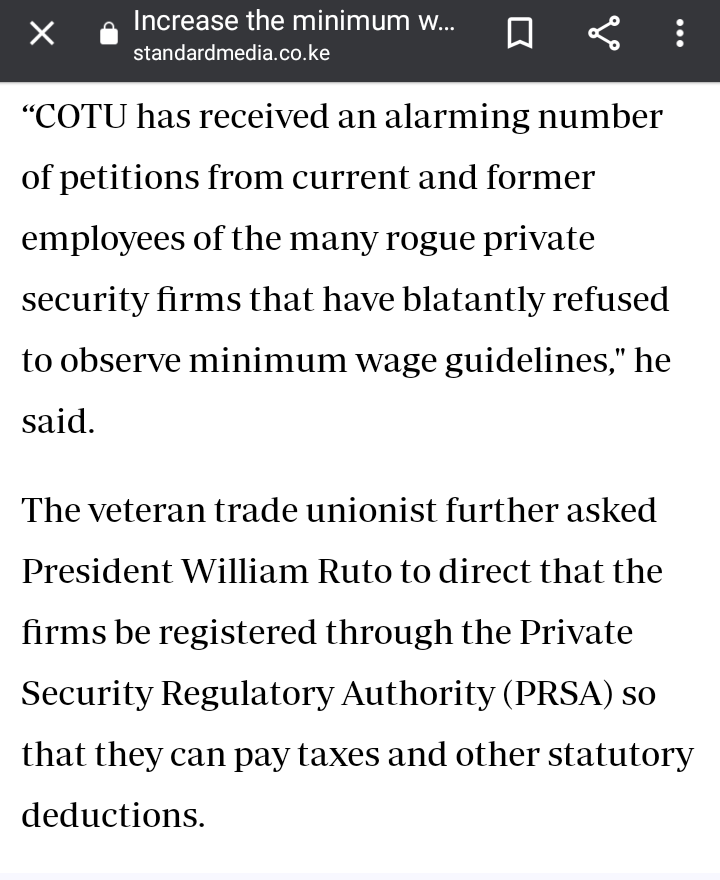 Citing the deteriorating value of the Kenyan Shilling against the US Dollar, he has also pleaded with the Head of State to revise the minimum wage upwards.

He has pointed out that workers are struggling with survival due to the current harsh economic situation, and the revision will go a long way in making things a bit better for them.

“We would like to invite the government to be magnanimous enough to consider reviewing the minimum wage upwards considering the erosion in purchasing power that has been occasioned by the high cost of living,” further reads the statement.

He has further proposed that the President directs the security firms to be registered through the Private Security Regulatory Authority (PRSA) so that they can contribute to the taxes collected by the state.

Initially on the side of Azimio La Umoja leader Raila Odinga, he is among the prominent people who have crossed over to Ruto's side after Raila's defeat.