Francis Atwoli: I Will be a Sunday School Teacher When I Retire

By @Facts (self media writer) | 5 months ago 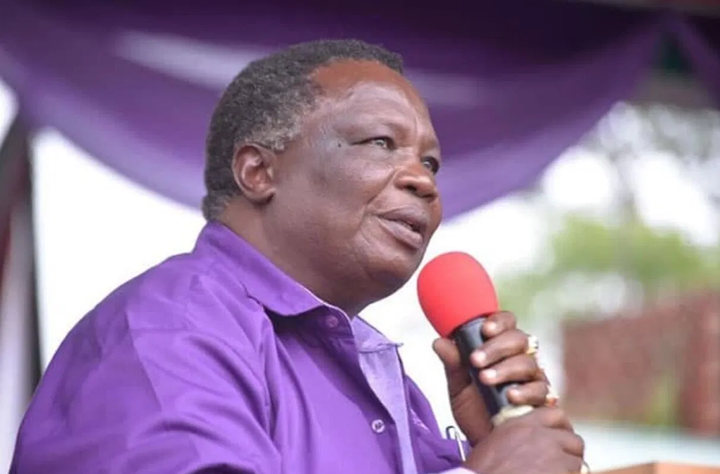 Long serving COTU Secretary General Francis Atwoli has announced that his fifth term that runs from 2021 to 2026 will be his last, before he calls it quits from the Labour Movement.

In his Wednesday's exclusive interview with KBC Channel One, Atwoli dismissed claims that he was planning to seek an elective post in 2027, stating that he is already tired, and cannot wait to retire and keep off from the public eye.

He revealed that since he is a staunch Catholic, once he retires, he will embark in teaching young ones Catechism, and will never be heard in the political or in labour space.

The renowned trade unionist who was first elected to Cotu in 2001 argued that his willingness to serve has been attributed by his juniors who saw his importance in championing for the rights of workers.

Responding on whether he is President Uhuru Kenyatta's 'advisor' owing to his sentiments on postponement of elections, and BBI, Atwoli refuted such claims stating that he has been advocating for peace in the country same as the president. 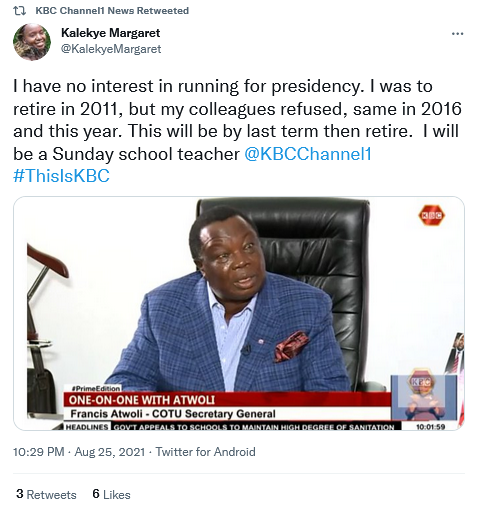