Narc leader, honorable Martha Karua has opened up about the latest appointment of the former IEBC CEO Ezra Chiloba who has appointed as the Director General of communication authority in Kenya. 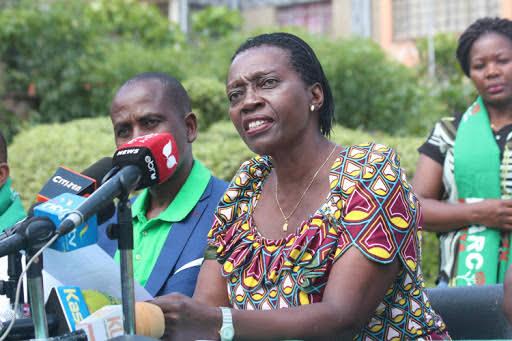 According to the reports given by a reliable source of information, it has been revealed that Ezra Chiloba whose appointment takes effect immediately has allegedly signed a contract that will last for four years.

His appointment has however sparked a lot of mixed reactions from a number of kenyans who gave their opinions and suggestions on the matter.

With a section of kenyans congratulating the government for doing this, others went ahead and called the government out accusing them of being biased. Most of these kenyans claimed that the position needed a government official without controversy.

According to the reports given by honorable Martha Karua, she demanded to know why a government official who has been identified Mercy was allegedly subjected to Alot of questions from the board only for the position to be given to Ezra Chiloba.

She went ahead and posed the question on how or rather why this happened asking whether or not this was a political instigated move or a merit ahead of the oncoming General elections.

This is happening at the same time when the IEBC allegedly met with a number of reporters and shareholders of different media outlets in order to find a way in which they will air healthy news in the oncoming General elections.

In his latest remarks, IEBC boss said that they were going to work hand in hand with the media in order to make sure that the elections are announced on time and without blemishes. 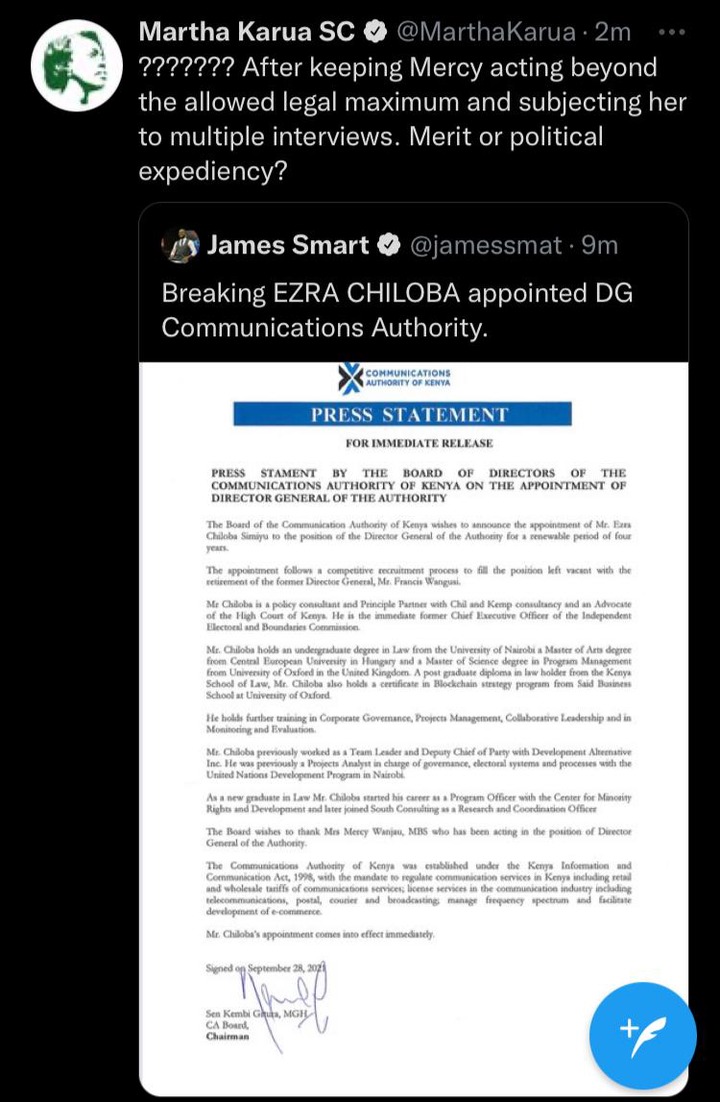 Signs Your Ex Girlfriend Is Just Pretending To Be Over You