Inside The Life Of Kenya's Most Controversial, Unlucky Police Officer

By Jackiijerop (self media writer) | 27 days ago 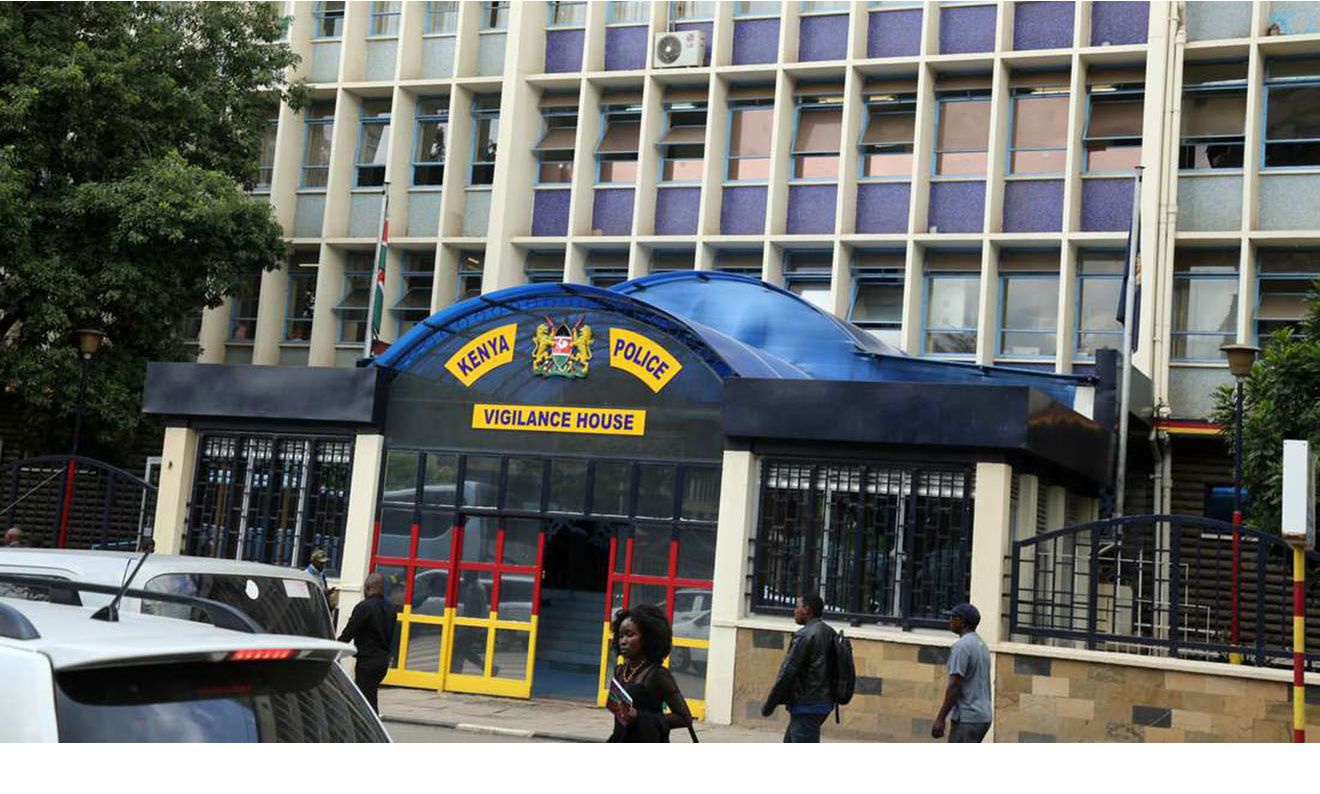 Zachary King'ori Mwangi earned a first-class honours degree from Kiganjo Police Training College, which will surprise Kenyans who believe that all it takes to join the Kenya Police Service is a set of good teeth.

King'ori shone like a lone star in a dark night in a cohort that was mostly made up of primary and secondary school graduates. He clawed his way up the ranks — fast — as a hard worker with natural leadership skills and intelligence to match.

“By 2001, everyone knew King'ori would be in charge of the police force at some point. He was one of the most intelligent and effective cops on the force. He completed every assignment and was well-liked by the police force's chain of command, according to a high-ranking officer. 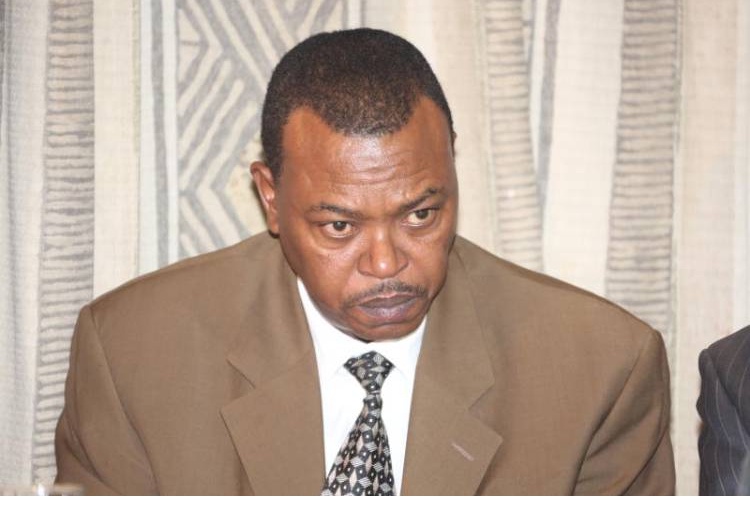 “You knew King'ori would be chosen first if you were up for promotion and he was on the list as well. His superiors adored him.”

King'ori, a brilliant man, set records in the police force, rising from a civilian to a gazetted officer in only nine years (senior superintendent). In every police course, he was at the top of his class.

However, when he was sent to Mombasa as the provincial police chief in the mid-2000s, things took a turn for the worse, and his brightly shining star began to dim.

Many people were irritated by King'ori

“At 37, he was PPO in Nairobi, a position normally reserved for cops in their 50s, and his deputy was 15 years his senior. He is one of the service's youngest PPOs and is regarded as one of the best in terms of strategy and operations. Our source, a retired top police officer, reveals that he was "played by his people at the OP and police service who were uncomfortable with him."

King'ori, a stickler for the law, irritated many in the government when, after the disputed presidential elections in 2013, he refused to withdraw police protection for Raila and Ida Odinga.

Our source adds, "The law required Raila and his family to be protected, but he refused, so the OP decided to cut him down to size."

His time at the coast came back to haunt him during the vetting for Kenya's first deputy Inspector General on November 14, 2012. King'ori, who was easily the best of the nine candidates shortlisted for the job, had to explain himself to the commission after allegations were levelled against him.

IG Kimaiyo's deputy in charge of Police Reforms at the time was King'ori. 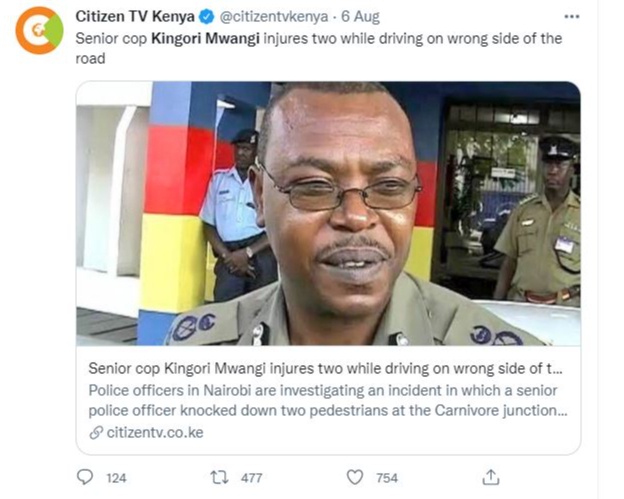 When a commissioner inquired about a block of apartments he allegedly owned and a Ksh6.5 billion drug heist, King'ori made the commissioners laugh with his retort,

“Why should I be asked a question about what happened in Kitale?” Why am I being interrogated about what goes on at the GSU headquarters? It's like implying that I want to be Pope when I'm not even Catholic. In the case of the Zimmerman flat, I don't even have a relative who lives there. Do not pay rent if you believe you are my Zimmerman tenant.”

Tough but a kind man

King'ori is a strict, no-nonsense cop who is just one rank away from becoming the coveted Inspector General of the Police. However, a source close to him claims that he has never spoken about his ambitions and that he dismisses the question with aggression bordering on rage whenever he is questioned. 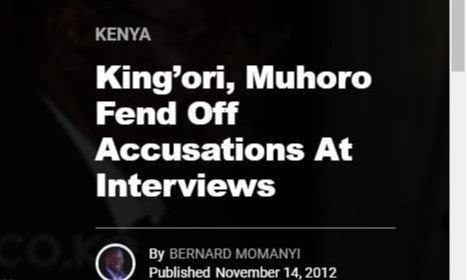 “He is a very generous man, even to strangers, and those around him take advantage of his generosity on a regular basis. He's a suave businessman, but his subordinates fear him because he's strict and doesn't tolerate excuses.

“He also avoids discussing his family, work, or wealth. He is a cautious individual. He doesn't say much when he's around people he doesn't know. He'll go to a function and sit or stand near the back of the audience. It doesn't matter if it's a wedding or a funeral. According to a civilian source who has worked closely with King'ori for years, he "never likes his presence to be recognised like other VIPs" and "never speaks in public."

King'ori's only public appearances were as a police spokesman at a constitutional forum in the Bomas of Kenya, during the vetting sessions before the Kavuludi-led Commission, and at his wife's funeral in February 2019.

“You put up with me when I lived in servant quarters with no toilet, forcing us to walk three kilometres to the nearest bar just to empty our bowels,” King'ori explained.

Because he was such a secretive man, photography was prohibited at the funeral, and politicians were given only a minute each to address the mourners while avoiding politics. But what led to thugs invading his rural home, holding his housekeeper hostage for eight hours, feasting on the food available, and ransacking his house for valuables, stealing his guns for good measure?

And this comes just two months after King'ori found himself in the middle of a storm after "accidentally" ramming two pedestrians on Lang'ata Road while "rushing a pregnant woman to hospital."

Mwangi, who denies driving on the wrong side of the road, claims the accident was caused by the pedestrians' error. 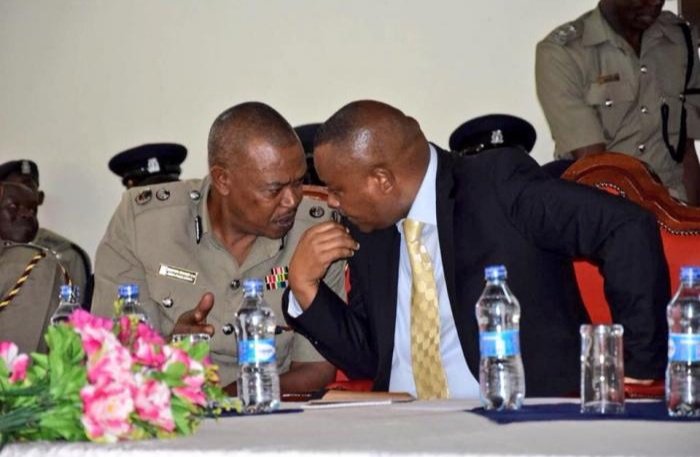 “I was caught off guard when two pedestrians dashed across the road. Nonetheless, I did everything I could to slam on the brakes to avoid a potentially fatal collision,” he said.

Mwangi and a female passenger were beaten up after the incident before being rescued by traffic cops on patrol.

No one has come forward to file a complaint against Mwangi, according to Lang'ata OCS Chief Inspector William Matu, who spoke to our source.

King'ori Mwangi, a former top cop who believed the sky was the limit in law enforcement, is now working for the Ministry of Foreign Affairs, pushing paper. One of the greatest absurdities of our time is that thugs could raid his home and a boda boda would have lynched one of Kenya's most decorated police officers.