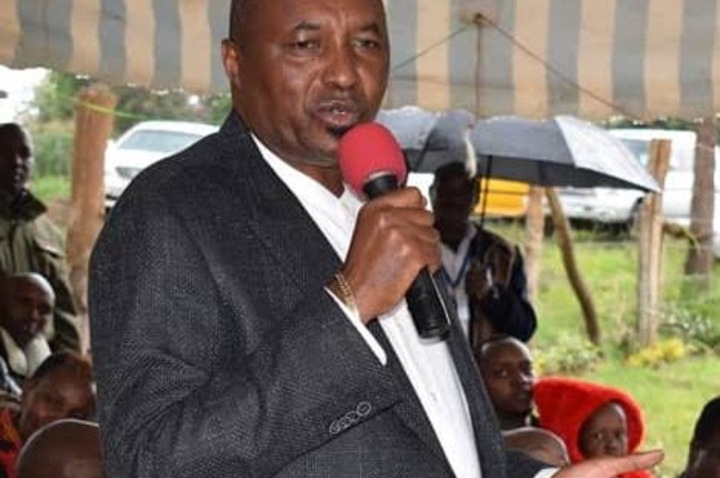 Bahati Mp Kimani Ngunjiri today led young people who recently applied for the IEBC jobs in a demonstration to the Commission's Office in the region, in a bid to address an alleged foul play in the registration of applicants, who have since remained unsettled due to the corruption and uncertainty on if they will get the jobs.

While addressing them, the Mp called one of the top IEBC female officials and ordered Her to print all the names of the qualified applicants and place it in an open window, and explain How they chose them. He also said that the identity cards will be scanned and compared to those original ones, and any crooked official who will be found employing people outside the Constituency will face the people and even lose the job.

"I have called this IEBC Official and instructed Her to print the official document with all the names of the people who applied for this job, so that residents can search and know if there is anyone who was put on the list of the job despite not being a Bahati Constituency member. Also the IDs will be scanned and have a very close comparison with the original ones, to ascertain if they are all good. Any official found guilty of these claims will lose the job and Pay for it. "Ngunjiri claimed. 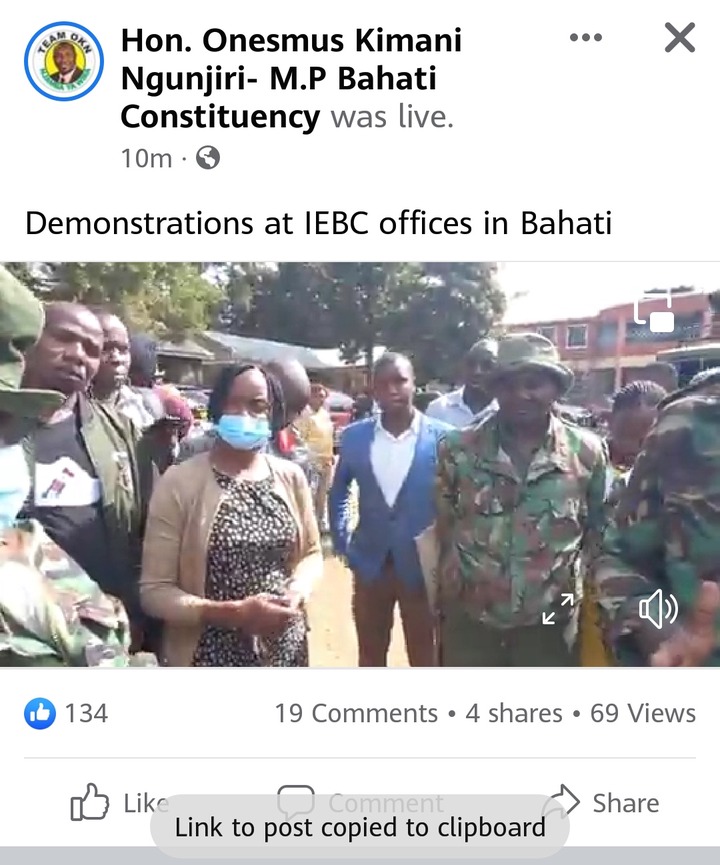 He further said that the people who will be given the first priority are young people who completed school and have no jobs, since the are seeking to balance the unemployment rates, adding that teachers and other people will also be given the job but with remaining slots. The Mp said that He is practicing what the government is doing, by creating jobs for the youths, including coming up with the Kazi Mtaani initiative.

"Also, we want to have a balance in our employing strategy, since we will make sure we give the jobs to youths who have degrees but no jobs, then divide the remaining slots to other people who are also in line with the arrangements. This is also my way of giving back to the people as the state is doing to give Kazi Mtaani jobs to our youngsters. "He added.

Also on the ground were people holding light blue placards while shouting that they won't accept any evil doings of some Officials, who have since been probed. one woman said that some of the people given the opportunity to search their documents is not trusted at all.

This comes at a time when IEBC is having less than two months to organize the elections, and take the nation to the ballot. Below is the link to the Video :