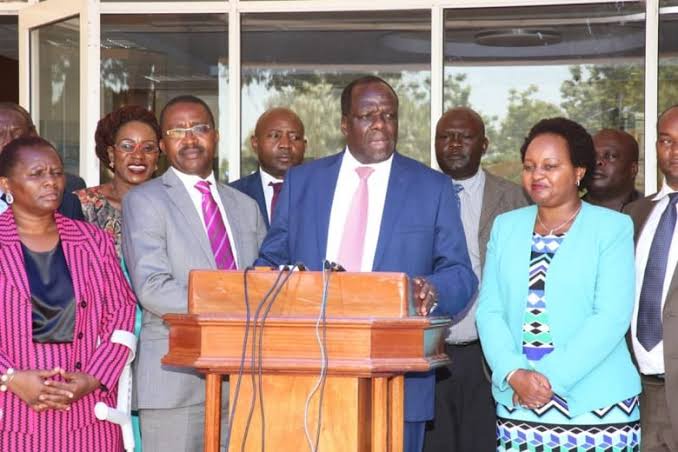 Council of Governors during a past file photo.

It has emerged that employees of some county governments are suffering after lack of their salaries for several months totaling to up to three months.

Many have been evicted from rented houses and harassed by financial institutions for failing to repay loans. In Taita Taveta County, about 3,000 workers are facing a tough time after their employer announced that their salaries would be delayed once again.

This is due to the Ministry of Finance delaying county government funding. The workers have been without pay for two months since February.

Taifa Leo has revealed that the worst affected are employees with accounts in KCB and National Bank, which have withheld their salaries since March after the Finance department failed to repay loans.

"We are facing a very difficult time, many KCB depositors and National Bank have not received their salaries for two months because the Finance Department has not paid the loans. The County Government only provides total salaries that are restricted by those banks, ”said a county official. 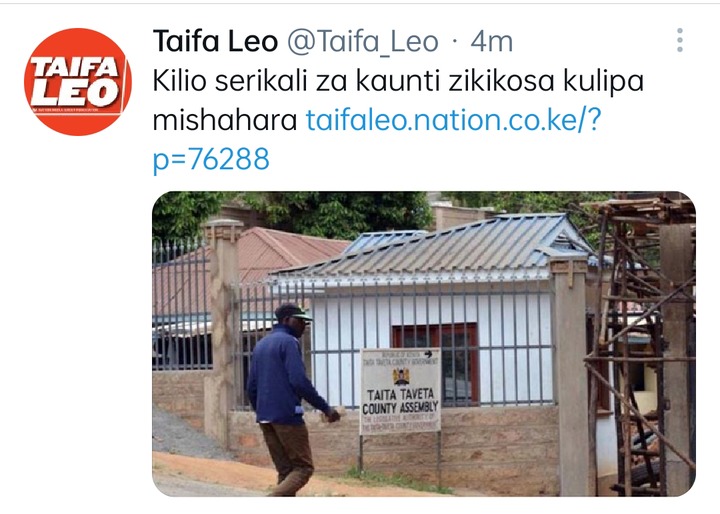 "The last funds provided by the National Treasury were for January with the county government paying salaries by February 2021. However, we will pay the salaries when the funds are released," said County Secretary Liverson Mghendi, in a letter to staff.

Some of them disclosed that they had been asked by their landlords to pay their rent or to move out because of a lack of regular rent.

In Migori County, as well, workers are going through a difficult time as banks scrutinize their salaries after the county is late in paying their deductions to repay their loans.

Nurses and clinic officials who participated in the strikes between January and March have not yet received their pay. Elsewhere in Murang'a County, some workers enter the fifth month without pay. This is after the bank canceled the payment agreement between them and the county government after three months of default.

"It simply came to our notice then. Payment of salaries has been problematic and we have sometimes been delayed even for four months. This is tantamount to torture, ”one laborer told Taifa Leo.

" Want Some Quick Cash, Then Do This" Kuria Spark Reactions After He Hilariously Claimed This