By Bestnewstoday (self media writer) | 27 days ago 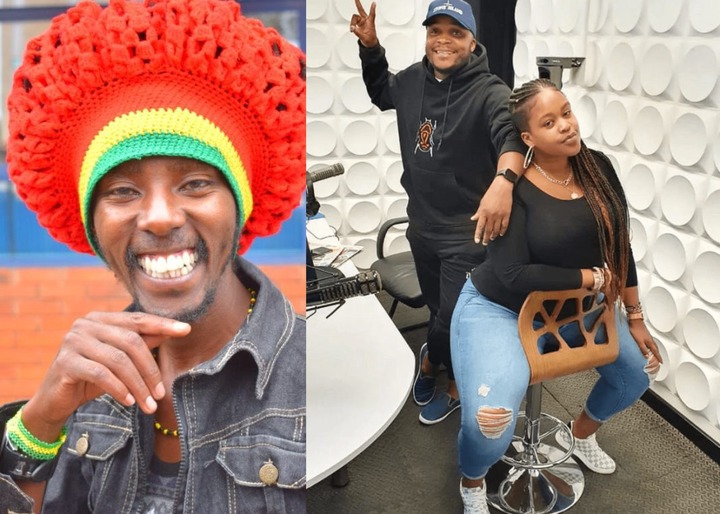 In Kenya, journalism is one of the most sought-after professions. While many people go to college to study this subject, others wind up working as journalists after pursuing something completely different. One thing is certain: they are at the top because of their hard work and discipline.

Kenyan journalists who did not study media but have dominated the industry are listed below.

He is known as Jalang'o and is one of the country's most popular journalists. When he debuted in the popular sitcom Papa Shirandula, the radio host became a household name. His act caught the hearts of many Kenyans, and he rose to become a force to be reckoned with in the media sector thanks to his tenacity, hard work, and self-belief.

He applied for a job as a radio host without having any college or university transcripts to back him up. He did, however, go on to express himself brilliantly and begin a career in journalism.

He earned a Bachelor's degree in Community Development from Daystar University in 2020, more than a decade after entering the media sector.

Yvonne works for Citizen TV, one of the country's largest television channels, and is known for her appealing voice. When she reads the news, the journalist is a skilled interviewer who captivates the audience. Before leaving Standard Media for Royal Media Services, she was recognized for hosting the famous KTN News show Checkpoint.

In 2006, the outstanding journalist earned a Bachelor's degree in Microbiology from Jomo Kenyatta University of Science and Technology.

Soon after graduating from high school, Fred Arocho embarked on a successful football career. Before joining KCB, he signed with Sony Sugar. Later in his football career, he would captain a popular team in the country's local league before retiring.

After graduating from Kenya Polytechnic, he founded Image Creations, a mobile communication services company. He met Carol Radull, the programs controller at Radio Jambo, as a football fan. Carol maintained that he had a terrific voice for sports commentary and invited him to an interview at Radio Jambo. He was able to secure the job as a result of this.

He interned with a Non-Governmental Organization after finishing his Computer Science degree. He quickly understood that this was not the career path for him. Waihiga then opted to pursue a career in the media, beginning as an actress. He quickly understood, though, that it was not his thing. He sent his resume to a variety of media outlets before receiving a call from Citizen TV. He began his hosting career with Zinduka, then moved on to Power Breakfast Show. He eventually progressed through the station's ranks to become a senior sports anchor.

Kamene earned a Bachelor of Laws (LLB) from the University of Nairobi and briefly worked as a paralegal. She got a position with Ebru TV at the age of 21 and worked on a variety of programs. She went on to work for NRG radio, where she continued to flourish as a journalist. She is currently co-hosting the Kiss FM morning show with Jalang'o.

Mbusii began his acting career at the Kenya National Theatre (KNT), where he acted in set books, after struggling through high school. He later joined a TV show called Crazy Kenyans, but left because he didn't feel his ideas were being considered. He'd then return to KNT, where he struggled for a time and even started selling narcotics. He later had the chance to work for Ghetto radio and has since established himself as a radio host.

After being featured on the Churchill Show, he became a sensation, with many believing he was just a street kid. He had battled and knew about life on the streets, but when he appeared on the Churchill show, he was not a street kid. He graduated from Kenyatta University with a Bachelor's degree in Mechanical Engineering in December 2019. The comedian then went on to work for Radio Maisha before going to Milele FM, where he co-hosted the morning show with Alex Mwakideu.

Mulee grew up in Nairobi and has always enjoyed football. He went to Ofafa Jericho High School and began playing football shortly after. He was a member of several teams and even won various leagues. He then became the coach of the Harambee Stars, Kenya's national football team. After decades in sports, he moved into the media and became the host of the popular Radio Jambo show Patanisho.

The well-known radio host earned a Bachelor's degree in Information Technology from JKUAT. He subsequently went on to Strathmore University to pursue a master's degree in business administration. Unbwogable was one of his major songs when he first began out as an artist. He then worked for the United Nations before being inspired to pursue a career in journalism by a fortuitous meeting with Carol Radull. He landed a position at Radio Jambo anchoring Patanisho alongside Ghost Mulee.

Daniel Ndambuki is a Kenyan performer best recognized for being the brains behind Kenya's most popular mainstream media comedy show. He has cultivated a multitude of talents, and his face is familiar to millions of Kenyans. He began his career at the Kenya National Theatre and worked his way up to become a household name in Kenya. Aside from anchoring the Churchill Show, he also co-hosts a morning radio show with Maina Kageni.

Content created and supplied by: Bestnewstoday (via Opera News )

Jeremiah Kioni Reveals What Will Happen To Raila, If He Fails To Pick a Running Mate From Mt Kenya

DP Ruto is Wrong, Waiguru Hints What Will Soon Befall Him, Isaac Ruto's Prophecy to Pass

Uhuru Tells Off Ruto Over Handouts

What Angry Uhuru Reportedly Said During Another Secret Meeting in Sagana

Ruto In Trouble as Uhuru Promises To Unmask, Embarrass Him Badly Ahead of 2022

"Lord Have Mercy" Another Bloody Scene After Mentally ill Man Killed His Mother In Githurai, Video