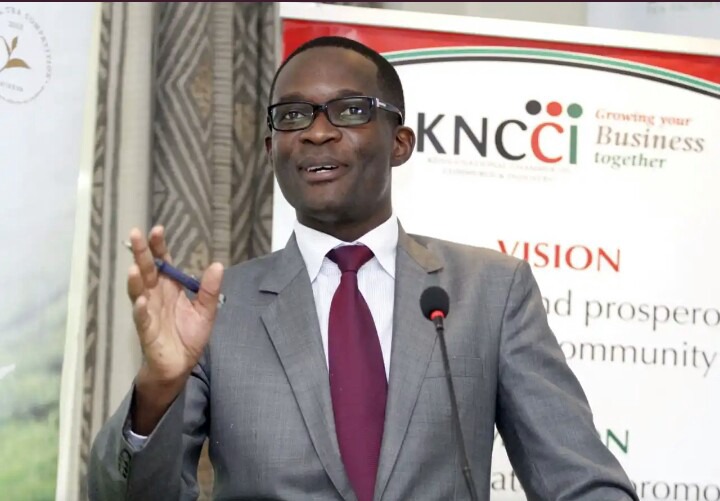 Former IEBC Chief Executive Officer (CEO) Ezra Chiloba has landed another lucrative job offer after he was appointed as the Communications Authority of Kenya (CAK) Director General. Chiloba is set to serve for a four-year period and will take over from Francis Wangusi.

His appointment comes barely a year after ICT CS Joe Mucheru appointed him as a member of the Youth Enterprise Development Fund for a three-year period. The fund was set up to help create employment opportunities to youths through entrepreneurship and encouraging them to create jobs rather than seeking them.

Chiloba was sacked as IEBC CEO in 2018 after he was found culpable of an accusation arising from an internal audit report on major procurement during the 2017 polls. The report disclosed embezzlement of funds in the run-up to the 2017 general elections and the repeat Presidential polls.

Kenyans took to social media platforms to share their thoughts on the appointment, with a vast majority expressing their doubts on his capabilities while some smelt a rat. One user wondered if such jobs were only a reserve for a few people who were being rotated from one job to another while a majority of youths remained unemployed and languishing in poverty.

"I wonder if such jobs can only be done by these people. Isn't this guy lucky? He gets sacked from one job for misappropriation of taxpayer's money and within two years, he lands two deals. I weep for this country," he said.

"Isn't IEBC and CAK intertwined? Is someone already playing a game here because 2022 is soon approaching? The same Chiloba we had issues with at IEBC is now a CAK Director General...wonders shall never end," another user added on Facebook.

Do you think Chiloba is best suited for the new role? Share your thoughts with us in the comments section below.