Homicide detectives from the director of criminal investigations have opened up about the mysterious death of 5000m Olympic champion Agnes Tirop who is reported to have been killed by her husband in unclear circumstances. A few days ago, the body of Agnes was found lying dead in her bed with a knife on her abdomen indicating that she had been murdered by an unknown person. In attempts to find her killer, police officers from Iten launched a search for her husband who is said to have gone missing under unclear circumstances as soon as her body was found.

However, the family of the deceased later confirmed that her husband might have been the one who murdered her after disclosing a number of details from their phone Call with the suspect. In their own words, the family of Agnes Tirop claimed that they were called by the suspect who apologized for what he had done after which he switched off his phone to avoid being tracked by the police.

A day later, police officers were able to arrest the suspect who was allegedly busted trying to flee from Kenya. According to the reports given by the directorate of criminal investigations, the suspect had gotten into an accident while attempting to evade the police before he was arrested dramatically.

Breaking their silence after his arrest, the family of the suspect sent their heart felt condolences to the family and friends of the deceased adding that they're to know why their son Killed the deceased.

In the latest news on the case, it has been revealed that a number of detectives from the director of criminal investigations have allegedly found a Cctv Footage from the house of the deceased. According to the reports given by the DCIs, they revealed that they were going to review it to find out what happened. 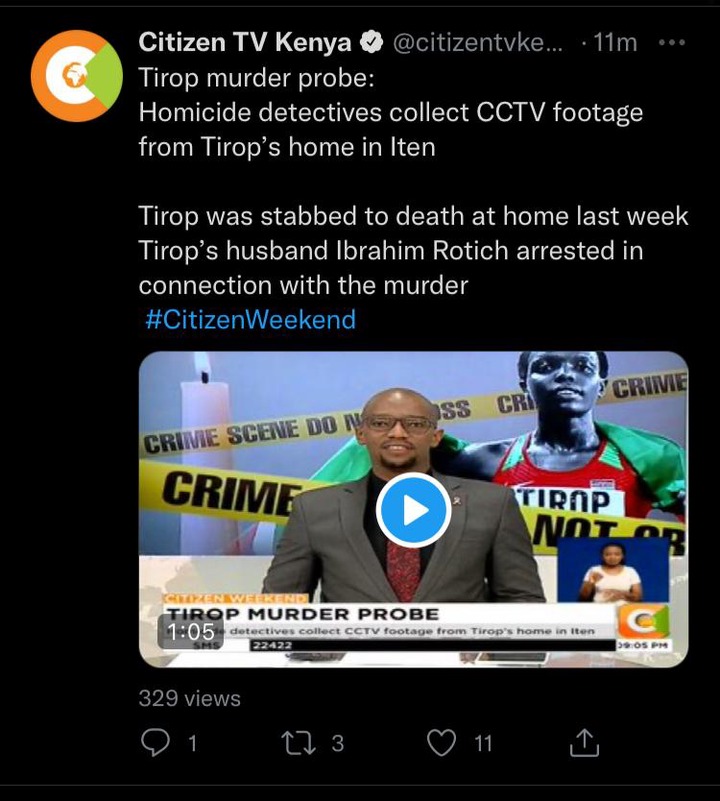