By Description (self media writer) | 15 days ago 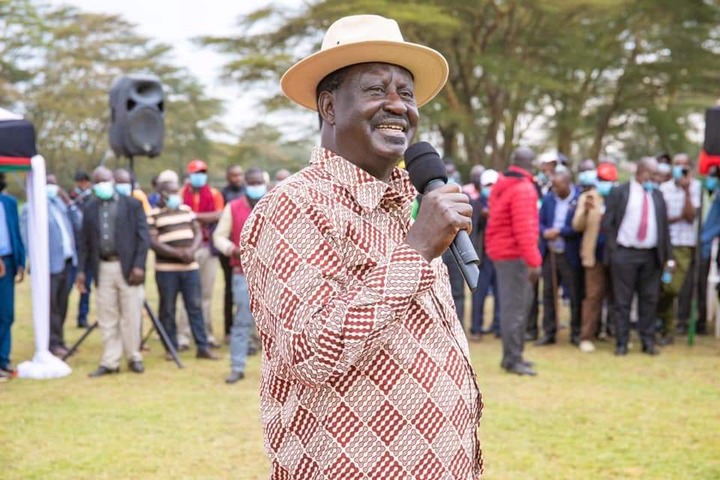 The Orange Democratic Movement leader Raila Amolo Odinga has said that he has a good plan to deal with the unemployment issues in the country. While speaking at Naivasha Town during his visit in Nakuru County, Raila Odinga has said that fighting unemployment is one of his manifesto that he will seek to implement if Kenyans will elect him to succeed President Uhuru Kenyatta.

According to Raila Odinga, every Kenyan who will be unemployed will receive Sh6000 from the government every month.

Lack of jobs especially among the youths has been a major problem in Kenya which has left many people languishing in poverty and many others forced to engage themselves in crime and other unethical activities to get money to sustain themselves. Now, Raila Odinga says that he has a solution to this serious problem in the country.

According to Raila Odinga, if he will become the fifth president of the Republic of Kenya, then every Kenya who is unemployed will receive monthly payments to cushion them from the tough economic situations. This will be implemented in what Raila Odinga said will be Social Welfare.

If Raila Odinga will attain his goal of becoming the next president, then his government will use more than Sh 4 billion every financial year to cushion the section of 700,000 Kenyans who lost their jobs during the lockdown, not forgetting the many other Kenyans who are currently unemployed.

Raila Odinga has also promised that his government will give capital to fresh graduates in order to enable them start their own businesses.

Raila Odinga has also promised Kenyans that if he will be elected, he will prioritize creation of jobs for Kenyans during the first year of his government. He says that his goal will be to reduce the number of Kenyans who are suffering due to lack of jobs and sources of income. 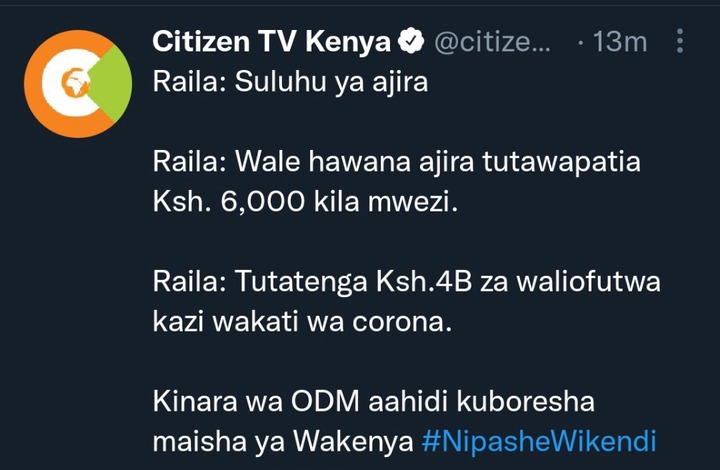