By Achienge (self media writer) | 18 days ago 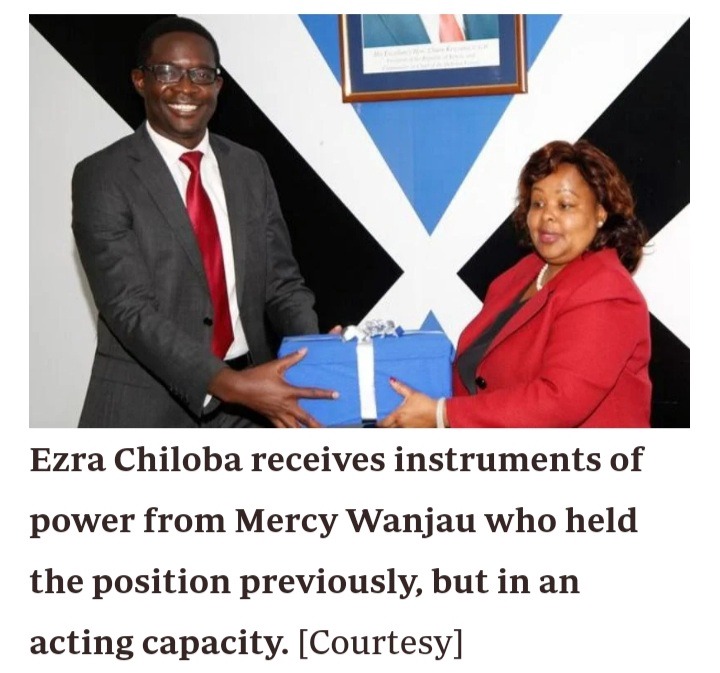 The ex Chief Executive at the Independent polls body officially took over as the Director-General of Communications Authority of Kenya (CA), few days after his appointment by President Kenyatta.

Ezra Chiloba was handed over the instruments of power from her predecessor Mercy Wanjau who initially held the post in an acting capacity. 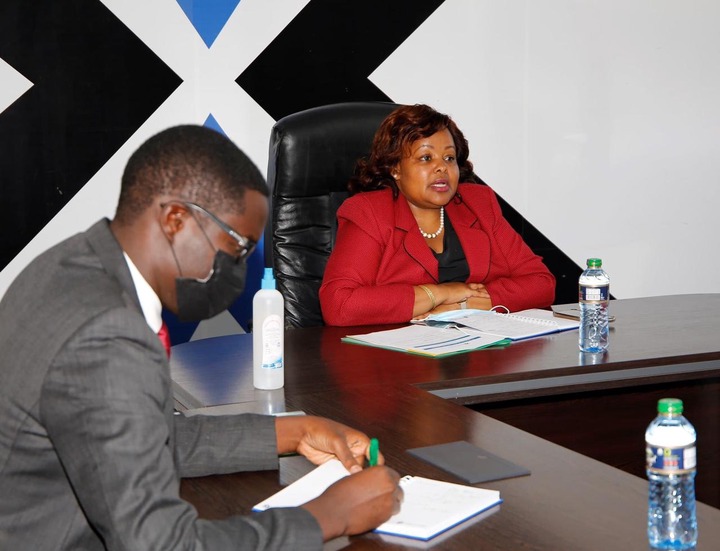 “Former Chuef executive officer at Independent and Electoral boundaries commission, Ezra Chiloba, has officially received the instruments of office as the Communications Authority Director-General from Mercy Wanjau, the outgoing acting Director-General, as he prepares for the 2022 August General elections,” Communications Authority shared in a Facebook.

Ezra Chiloba was appointed Director General by the authority’s Board of Directors in a letter of September 28, a post he will serve for the rest of four years.

In a gazette notice, the authority’s Board chairman Kembi Gitura noted the appointment was due to a hard recruitment process after the retirement of the ex Director-General, Francis Wangusi.

“The Board has thanked Mercy Wanjau, who held the position temporarily as the Director-General of the Authority. The former IEBC CEO will assume office with immediate effect,” Kembi’s Facebook post read in part. 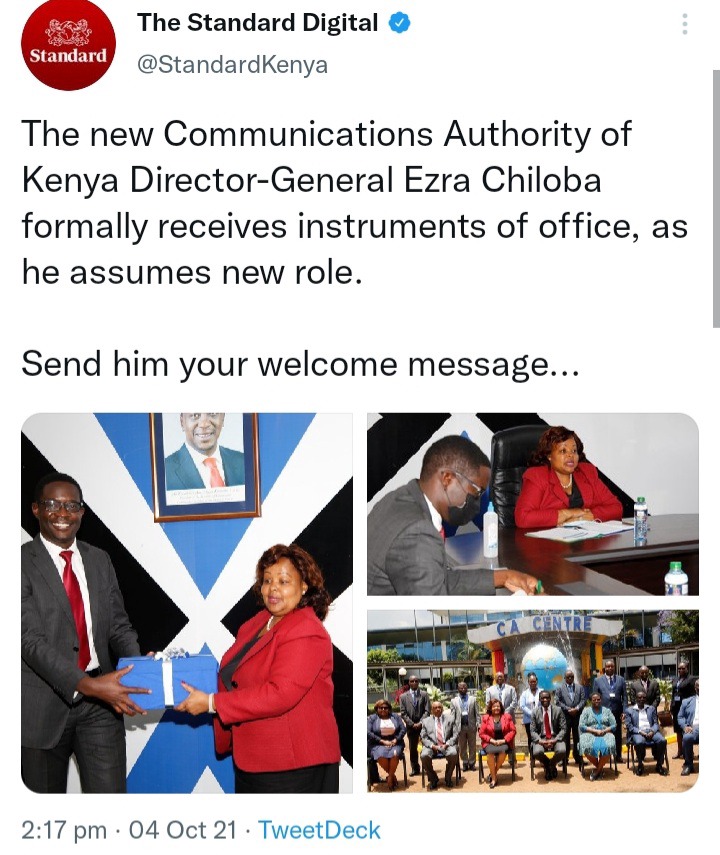 Before his retirement at the Independent polls body, Chiloba was kicked out by IEBC chairman Wafula Chebukati after a procurement allegations at the IEBC which he petitioned in court. 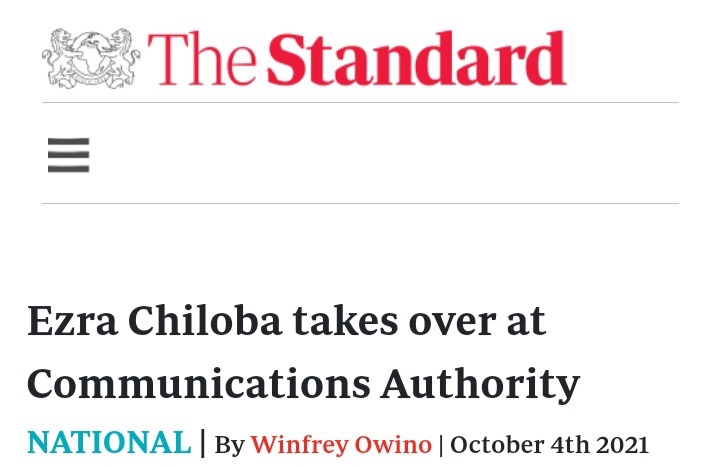