By hottest_updates (self media writer) | 4 months ago

Richarlison de Andrade was born on the 10th day of May 1997 in Nova Venécia, Espírito Santo, Brazil. He was born a Taurus by his parents, Mr and Mrs Andrade.

He is the oldest of five children born to his father who was a stonemason and his mother, a cleaner and ice-cream seller. As per thesun.co.uk, Richarlison hasn’t always had it easy, the Nova Venecia-born forward told FourFourTwo that he was once held up at gunpoint after being mistaken for a drug dealer, and he’s now revealed that he almost gave up the game to help his family earn extra money.

"After my first trial went wrong I was 16 years old, I was always required at home to pull my weight," Richarlison said.

"My mum wanted me to work and study, she put me under pressure to bring in food and be a member of the household.

"I was very close to quitting and just get a job. I sold ice creams and sweets, I worked at a car wash and my grandfather had a piece of land and I'd help him out. He grew coffee and peanuts."

Amid those difficulties, Richarlison viewed football as a way out of the difficult life he endured as a child.

"It was an escape for many from drugs. I've seen wads of cash in front of me, but it was good for me to have this escape and have a coach who was a police officer. He was a great example to me and helped me a lot."

Richarlison began his professional career with América Mineiro in 2015, winning promotion from the Campeonato Brasileiro Série B in his only season before transferring to Fluminense.

He totalled 67 matches and 19 goals in his two years there, and was named in the Team of the Season when the club finished as runners-up in the 2017 Campeonato Carioca. He then signed for Watford, and a year later Everton. 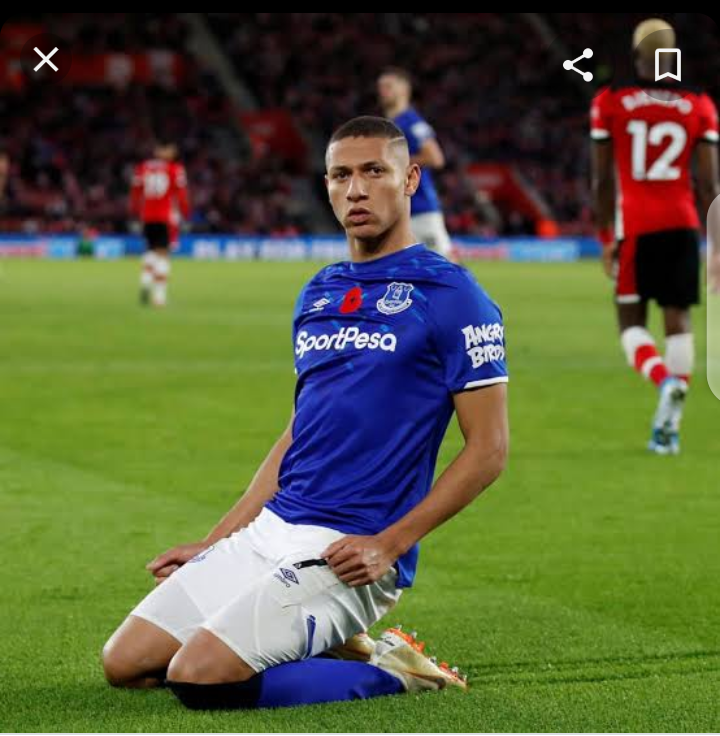 At international level, Richarlison made his senior debut for Brazil in 2018, and was later a member of the team that won the 2019 Copa América.