Top 5 Richest Politicians in The World 2021 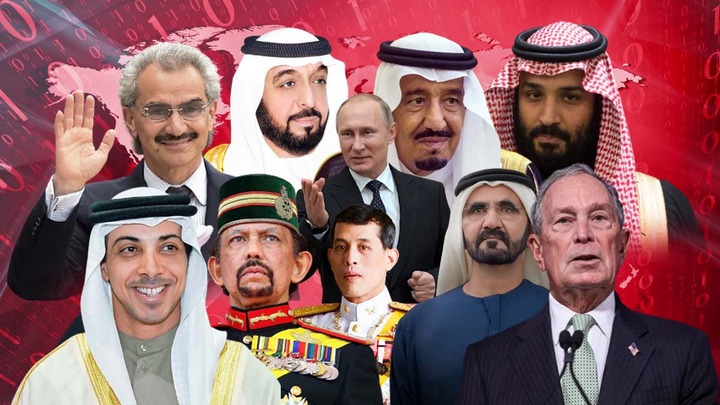 According to Forbes leaders and politicians still rank among the world’s richest people in 2021. Certainly, politics is one of the highest paying professions on the off chance that you land a slot in government. Today, I will list the world’s top richest politicians and rulers in 2021, according to Forbes.Vladimir Vladimirovich Putin is the richest President in the world in 2021, with an estimated net worth of $74 billion. American businessman Michael Bloomberg is the second richest politician in the world in 2021.

Russian President and politician.The one you have been waiting for, the richest politician among all, is none other than the Russian President himself – Vladimir Putin. This man needs no introduction as his aggregate ownership holdings based on their most current market capitalizations would give him a personal net worth of $74 billion. He has a very contentious worldwide image as a result of his career, which includes spells as both President and Prime Minister of Russia. He has been President of Russia since 2012 and is now serving his second term. Net worth $74 Billion. 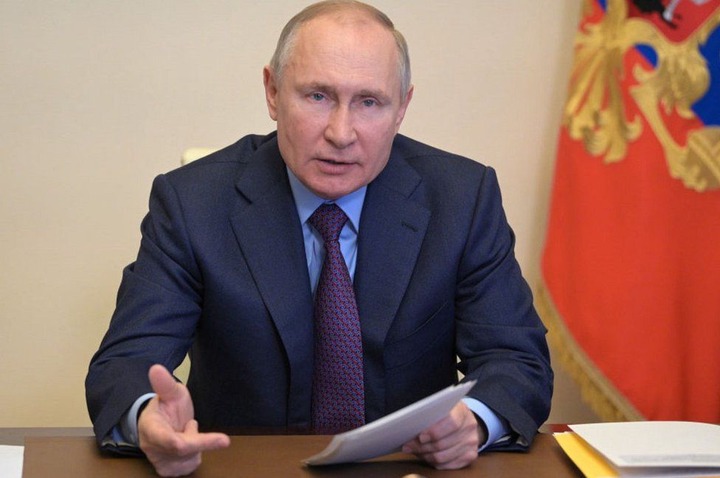 American politician & entrepreneur. The second one on the list is Michael Bloomberg, an American politician, and businessman who made his wealth as the CEO of Bloomberg L.P., a financial news and information services media firm. He was entitled to $2.7 million in compensation over three years as mayor, but he chose to receive only $1 each year instead. During his time, he also paid for his own travel and security, totaling more than $6 million in expenses. Net worth $63 Billion. 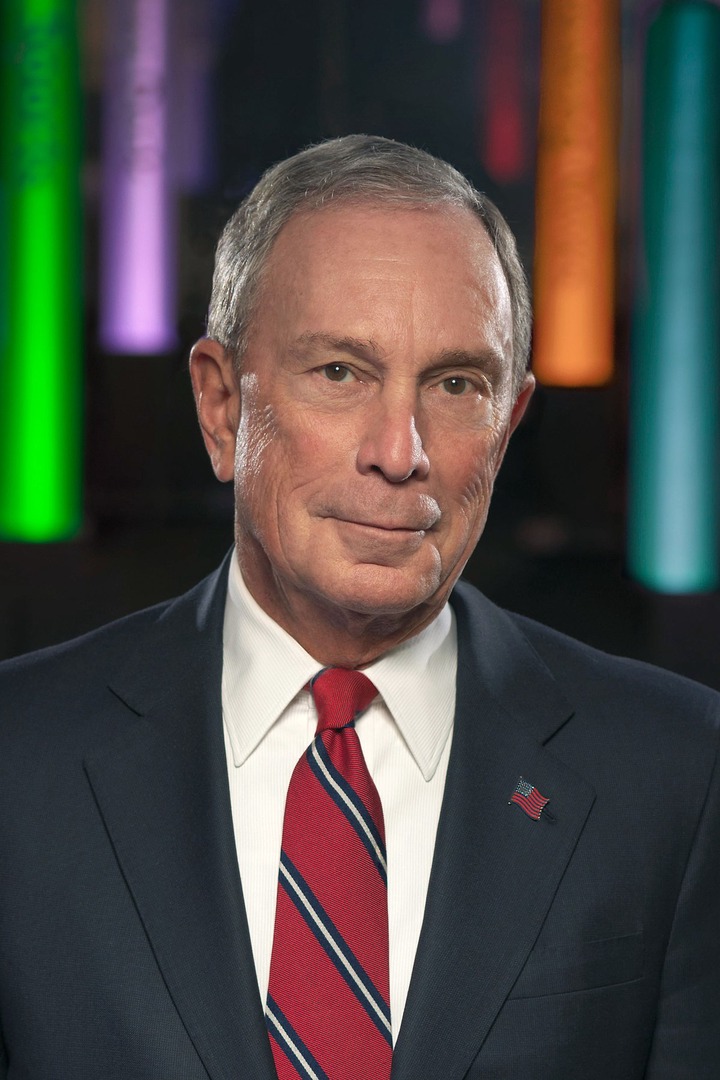 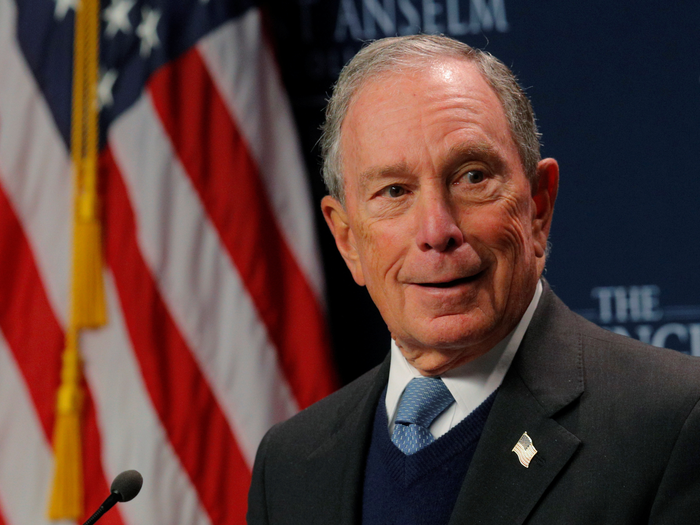 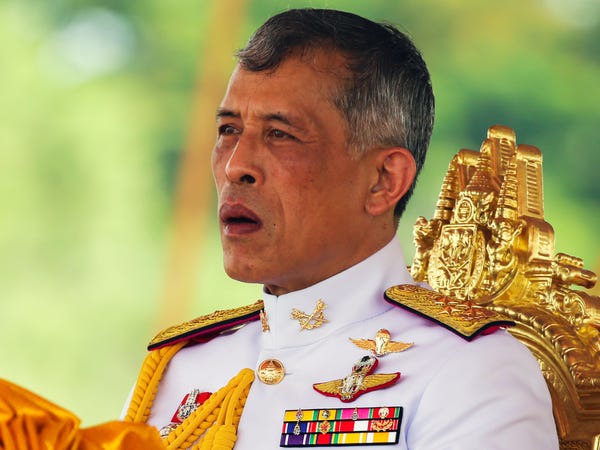 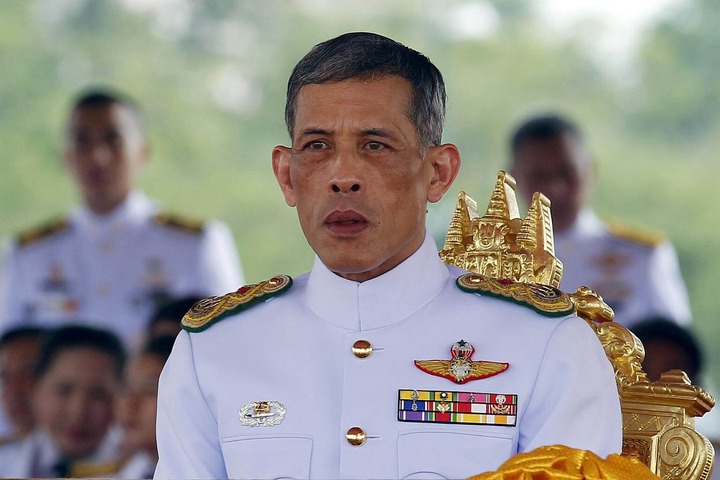 Deputy Prime Minister of the United Arab Emirates, owner of Manchester City FC. Sheikh Mohammed is the proprietor of 99.67 percent of Dubai and the man behind the Persian Gulf’s super-cool man-made palm islands. In January 2006, Sheikh Mohammed succeeded his brother as Ruler of Dubai, and the Council then confirmed him as the country’s Prime Minister in February. He is an intelligent businessman who in addition to his political career has been responsible for the establishment and expansion of several economic assets in Dubai. Net worth $31 Billion. 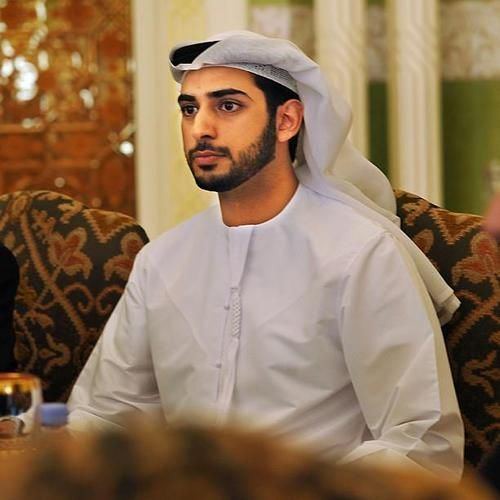 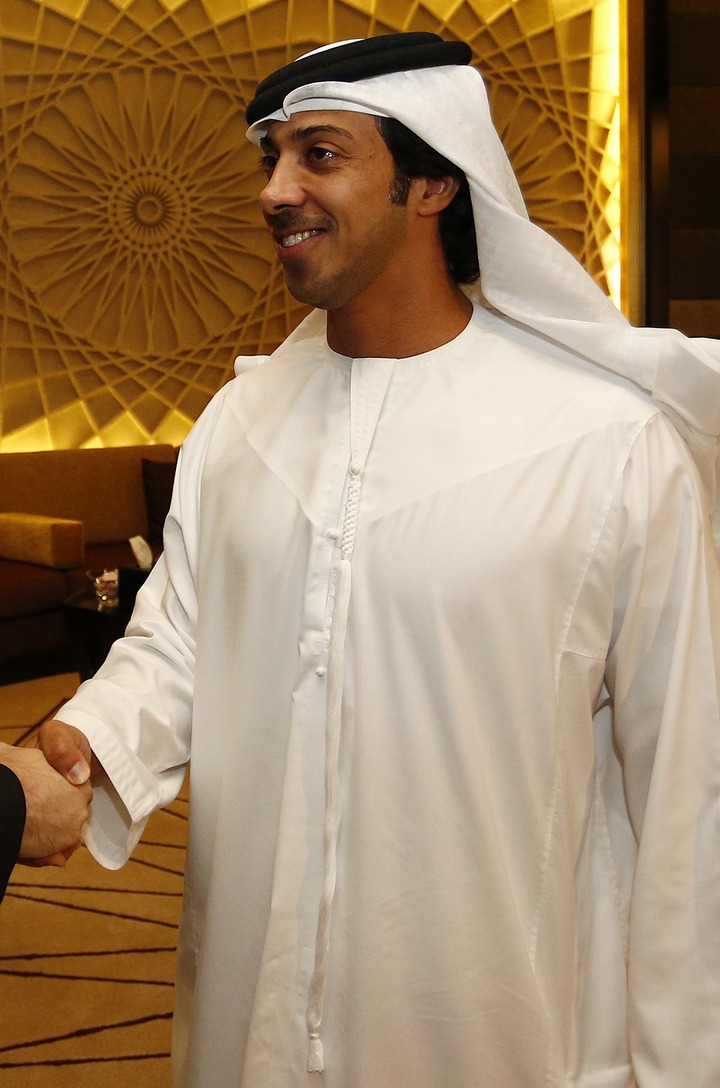 Businessman, political expounder, investor, and philanthropist. High-profile Saudi Arabian investor Prince Alwaleed bin Talal owns chunks of private and public companies in the U.S., Europe and the Middle East through Kingdom Holding Co., 5% of which is listed on the Saudi Stock Exchange (he is listed as owning the other 95%). Holdings include stakes in ride-sharing firm Lyft, social media firm Twitter, Citigroup, hotel management company Four Seasons Hotels & Resorts, the swanky Hotel George V in Paris and the Savoy Hotel in London. Outside of Kingdom Holding, the Prince owns real estate in Saudi Arabia, the majority of Arabic-language entertainment firm Rotana, and other assets. Prince Alwaleed, who bought Donald Trump's yacht in 1991, called out Trump on Twitter in June 2016, saying he should drop out of the presidential race "as you will never win." After Trump won the U.S. election in November, Alwaleed congratulated him on Twitter. In December 2016, Alwaleed joined Bill Gates' Breakthrough Energy Coalition with the promise of a million investment. Net worth $22 Billion. 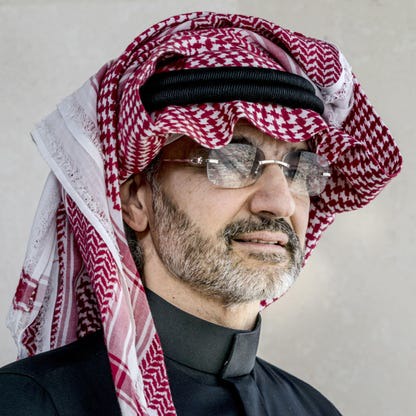 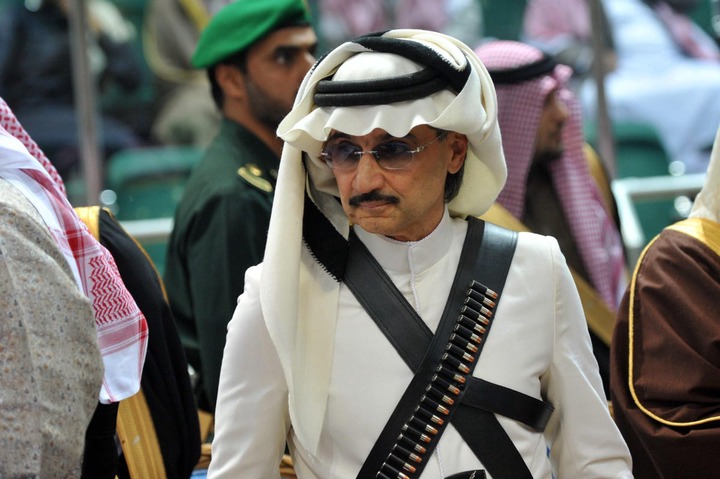