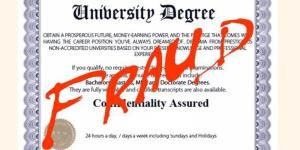 The Kenya National Qualifications Authority (KNQA) has launched a crackdown to clean the country's public service of employees unqualified for the key positions they hold.

The government agency has revealed that more than a third of the civil servants acquired their qualification certificates through unorthodox methods.

Speaking to the press, KNQA Council Chairman, Dr Kilemi Mwiria, noted that the authority had partnered with the Directorate of Criminal Investigations (DCI), the Ethics and Anti-Corruption Commission (EACC) and the Office of the Directorate of Public Prosecutions (ODPP) to crackdown on the culprits.

Mwiria, who was addressing a delegation at the Kisumu National Polytechnic, indicated that the targeted individuals were holding positions they are not qualified to.

The chairman further noted that the authority was concerned with the high number of fake certificates used by some of the managers to land the plum positions in the government.

Part of the crackdown will extend to learning institutions that have been accused of awarding certificates to unqualified individuals.

He further noted that his team was determined to eliminate cheating cases both in high school and tertiary institutions in order to elevate the quality of workforce being released to the labour market every year.

“We are concerned with the quality of certificates out there. We want the certificates to be worth the paper they are written on.

“If we manage to eradicate this practice, then we shall have dealt with over seventy per cent of the problems facing this country," he stated.

He noted that the authority reaches out to government institutions to have the credentials of successful candidates for certain positions forwarded to them for crosschecking.

For counties, Mukhwana explained that the qualifications dilemma often emerges due to high level politics that come in to play during hiring periods.

The authority is now working with County Governments to ensure that a process of verifying academic credentials has been streamlined.

“We are now receiving papers from government departments and institutions of people they intend to hire so that we scrutinize and vet them before they are absorbed.

“We have a big challenge here because politics is involved but we are saying even if you supported someone to become a governor and you want to be employed, you must have the relevant papers for that job," explained Mukhwana.

Some elected politicians have been accused of holding fake papers among them the Kapseret Member of Parliament, Oscar Sudi.

In October, Sudi's Kenya Certificate of Secondary Education (KCSE) was declared fake by Kenya National Examinations Council (KNEC) hours before the authenticity of his college certificate was also been challenged.

The lawmaker holds a Diploma Certificated from Kenya Institute of Management (KIM). 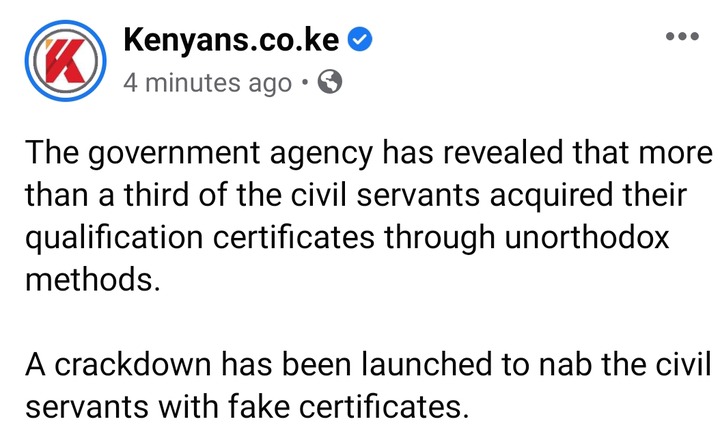 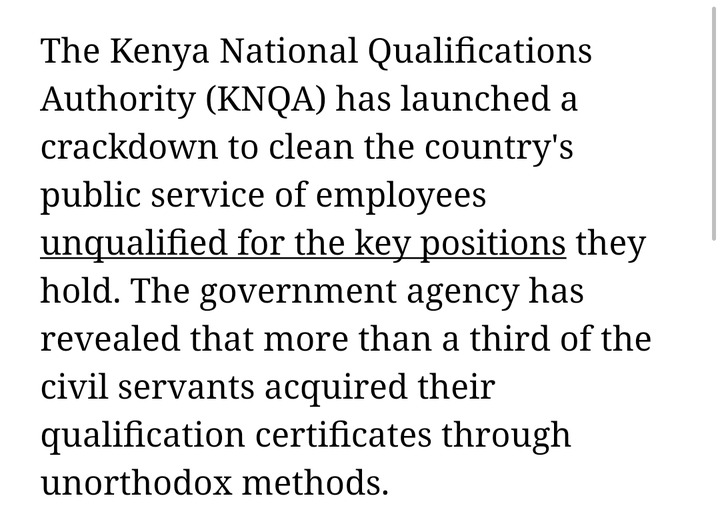