By Nyamwaro (self media writer) | 2 months ago 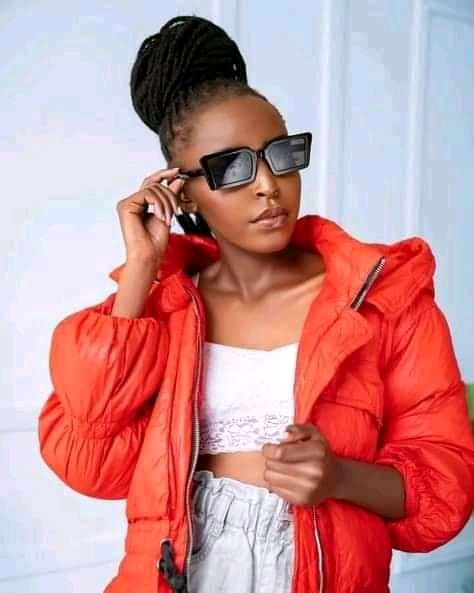 She was born Evelyn Wanjiku Mungai in Gachiku village, Murang’a county on 6th April 2000. Her life growing up was pretty much smooth until she was in Grade five when her mother suddenly became very sick. She required two surgeries and a lot of money went into paying the hospital bills. Today, she is doing well and she says both her parents are very supportive.

After completing primary school, she proceeded to a local high school. However, due to problems with school fees, she had to change schools severally. While she did not love a school that much, she was always a leader and loved poetry and talking in front of an audience. Her father wanted her to be a teacher but this was not something she saw herself doing. One of her teachers noticed her public speaking skills and thought she’d make a very good journalist. Upon completing high school, she enrolled in a journalism course but dropped out after one semester. She has plans to go back to school in the future.

After quitting college, she needed to find a job to sustain herself. She opened her YouTube channel on 21st January 2020 and posted her first video on 31st October 2020. This was a video of her covering the Machakos Gengeton Festival and later did videos where she randomly asked people their opinions on trending topics.

In December 2020, she would meet with three struggling musicians named Madocho, Stupid Boy, and Liyetin. She ended up covering their story and was responsible for getting people to notice the trio. The publicity helped them get Vagah of Afro royalties to sponsor their music.

Little by little, the celebrity continued growing and has progressed to doing several interviews on her channel. She has featured A-list celebrities on her channel and upcoming ones like Ndovu kuu and Mejja. She is also the one who introduced Manzi was Kibera to the Kenyan audience.

It has been less than a year since she started posting videos on her channel and the growth has been rapid. At times, she posts up to four videos per day, proving that persistence and hard work indeed paypayhe currently has more than 180,000 subscribers, 520 videos,d 18 million views.

Interestingly, she uses her phone to shoot the videos. Initially sh,e used a Nikon camera but the risks of using it in the ghettos were was risky. Eve is famed for her simple camera.