By Sonofbatman (self meida writer) | 6 days

Francis Atwoli, the Secretary General of COTU for two decades now has revealed that his dedication to his work is what has kept workers voting him in. During an interview, Atwoli revealed that the job is more of a first wife to him and that's why he is so dedicated to it. 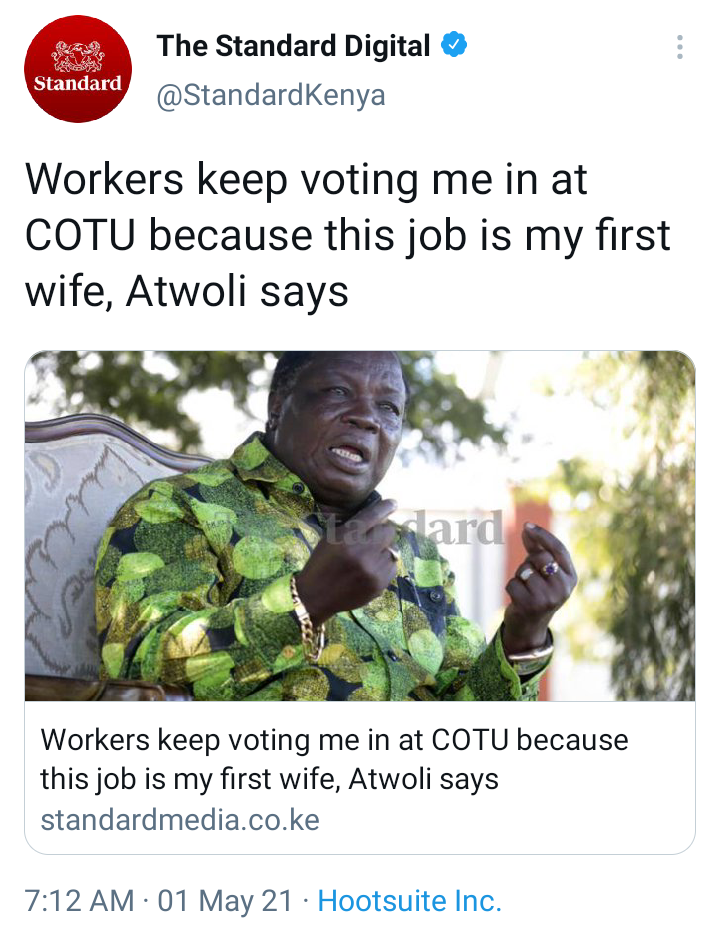 Atwoli says that the trade Union has grown over the period he has been at the helm from 300,000 to 4 million workers registered. Workers today are celebrating International Labor Day all across the world. 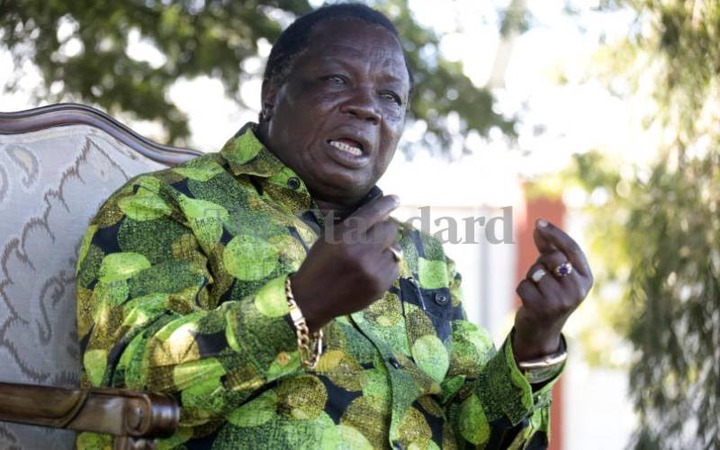 Atwoli also revealed that he was inspired by the late Minister Tom Mboya to join the activism for workers rights. He says that he is working tirelessly against agitation of workers against industrial capitalism.

Makhan Singh is credited with starting the first workers union in Kenya back in the '40s. He formed the Asian Railway Workers Union that was the brainchild behind other Unions like Kenya National Union of Teachers that was started by the late President Moi in 1956.