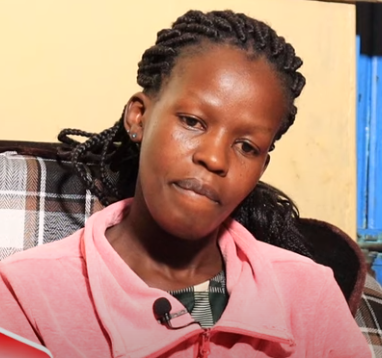 After she dropped out of school, her father urged her to try her luck in Saudi Arabia. And because she had a child she knew this was the best time to save for her child. Unfortunately, in Saudi Arabia, things turned the opposite.

Grace says that the family was very large. There were even little children. The job was very tiresome where she didn't have time to rest. She could also work in other different homes apart from where she was working. Later she told the employer that she was tired and wanted to come back to Kenya.

After coming back to Kenya her mother was not happy. Her mother always forced her to go back and work abroad. Mainly because the channel for getting money was now closed. Grace always sent her mother all the money she was paid. In Kenya, she later got married and got another child.

Later her mother convinced her to go and work in Lebanon. Grace left her two children with her mother and went to work in Lebanon. Luckily she was employed by an old woman who was nice to her. And because they lived the both of them, her work was not difficult. 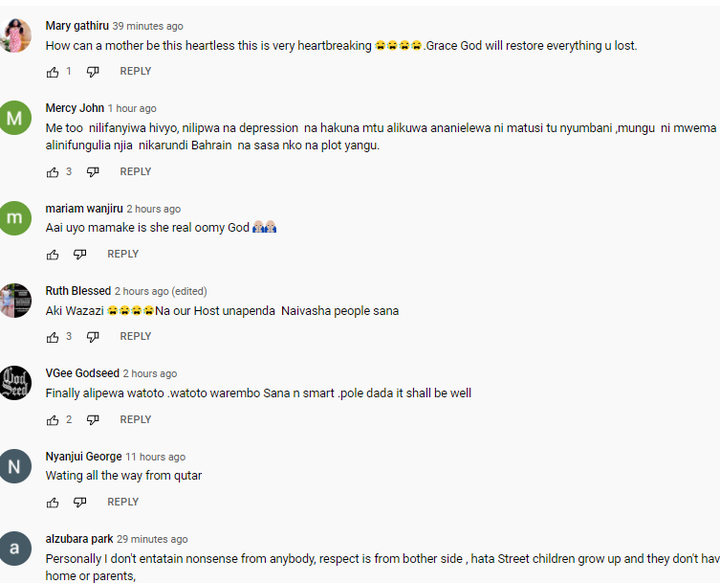 Later the daughter to the employer asked her mother if she could move to Dubai where she lived. And because of the good job Grace was doing she also traveled to Dubai. "The old woman was happy with my work. She always thanked me." She says.

Life in Dubai was good. Her salary was even doubled because the amount of work she was doing had increased. The family treated her very well. They even valued her very much. Back in Kenya she always sent her mother all her salary. At times she could become furious because the salary had not got into her account on time. Check out what her mother later did to her.

One day her mother called and told her that her child needed to be taken to therapy. And because Grace had no money, she pleaded with the boss to give her some money. Luckily she later sent the money to her mother. Later in the day, she decided to call her mother. Her mother never responded to her phone calls.

The whole thing tore her heart into pieces. She told her employer that she was tired of working and needed to come back home. "My employer persistently asked me what was wrong but I didn't tell her anything. I later left." She says. Her boss assured her that if she needed to go and work there again she was much welcome.

On arriving in Kenya her mother had no money. Her children were even sent home due to school fees. She was very disappointed. After confronting her mother about the money she responded anything. At this time her mother was still persuading her to go back to Dubai because she was making a lot of money. Grace refused.

In an interview on a Youtube Channel, Grace says that she never saved anything. Her three years were waste of time. She later got married. With four children now her life is not simple. Her husband does casual jobs. The money that he gets is not enough for the family. She says that at times the children never go to school due to a lack of school fees.

"I Was Just a Sweeper and Car Wash Man, " Jaguar Finally Opens up On his humble beginnings